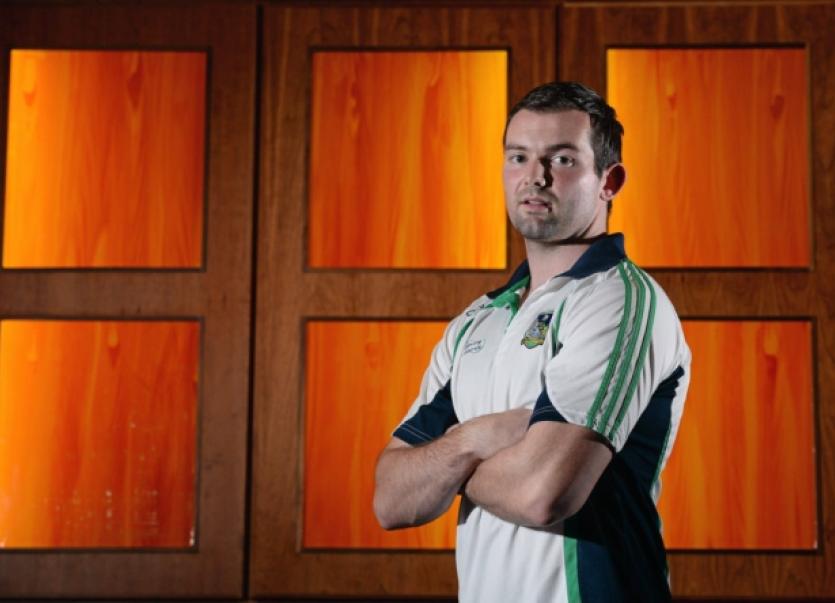 INSPIRATIONAL defender Tom Condon goes in search of Limerick intermediate hurling honours with his native Knockaderry tonight when they play Dromin-Athlacca in the Gaelic Grounds.

INSPIRATIONAL defender Tom Condon goes in search of Limerick intermediate hurling honours with his native Knockaderry tonight when they play Dromin-Athlacca in the Gaelic Grounds.

The Limerick senior hurler is the subject of this week’s Q & A feature where Ciaran Carey, JP McManus, Wayne Rooney and Joe Canning all make an appearance.

1. If you could play with any player, past or present, who would it be?

Had the pleasure of playing with him already and winning a Munster intermediate with him. Would have to be Ciaran Carey

2. If you could revisit any one moment in your career and go back and change it, what moment would you choose?

3. Who do you think is Limerick’s greatest ever sports person?

4. You’re a point down in the last minute of a big game. What team-mate would you most like to see with the ball 40 yards from goal?

Declan Hannon (after myself!)

5. What young player would you say is ‘one to watch’ in your own club?

6. What’s the worst thing that ever happened to you on a sports field?

Few years ago my first game back after breaking my collar bone, I broke the opposite one following a hefty challenge after 10 minutes- misery!

7. Who was the best player you played against at underage level growing up?

Underage I would have to say Joe Canning

8. You can have two free tickets to any sports event in the world. What would you go to and who would you bring with you?

Super Bowl. I’m a fan of American football and would bring the girlfriend

9. What top sports star would you most like to hit a late challenge?

10. What four people would you invite to a dinner party?

JP McManus, Aidan O’Brien, Tomas O Se and Paudie O’Brien - all legends in their own right