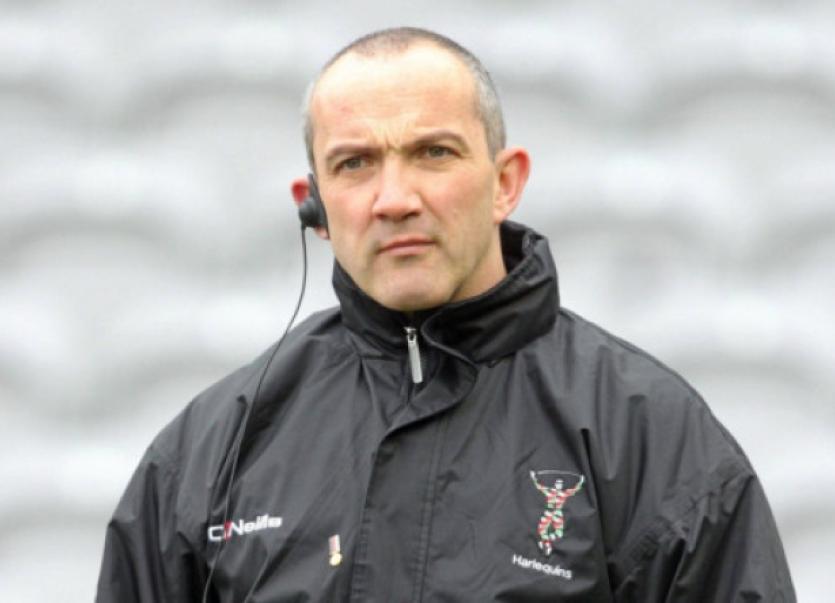 Conor O’Shea was busy watching Harlequins play Gloucester in the Aviva Premiership last Friday, so Munster’s implosion in Glasgow on the same evening was lost on him until later in the night. Somebody told him about it in a rather breathless fashion, the conversation going something like this.

“Conor, Munster got done by 50 points in Glasgow.”

“It’s their biggest loss in years.”

“Conor, how come you don’t seem too interested in what happened to them?”

He uses the word again: irrelevant. Ahead of Sunday’s Heineken Cup quarter final? “It has no meaning at all,” he says. “Three intercept tries. There was a freakish aspect to it, so I’m not reading anything into it. Munster have players to come back into the team against us and this is what I’ve been stressing all week to our lads, not that they need any reminding.

“Munster in the Heineken Cup are different beasts. They won’t be happy with their Rabo form but they managed to get themselves out of a really, really difficult Heineken Cup pool so this competition is different, it’s unique and the Munster that will come to our place on Sunday will present the greatest challenge you could possibly face.”

“Yeah, the greatest. Look, Toulouse might have more Heineken Cups and Leinster might have dominated things over the last three or four years but it all started with Munster. The Heineken Cup would not be what it is today without them.

“They created it. Their fans made it a phenomenal competition and to all those at ‘Quins who might not be aware of what’s about to happen on Sunday I’ve been telling them all week. This is going to be the biggest occasion in the history of the Stoop. The atmosphere this weekend? We won’t ever have seen the like of it before in our place.”

O’Shea knows what’s coming. Born in Limerick and the son of a decorated Kerry footballer, nobody needs to tell him about the special nature of playing Munster in knockout European rugby. “Given my background, the slagging is guaranteed,” he says. “But that’s all part of it as well.”

He takes us back a couple of years to the Amlin Challenge Cup semi-final at Thomond Park; Munster v Harlequins with everybody expecting the home team to prevail – only they didn’t. That day O’Shea’s side became only the second in history to win a European game in Limerick, a feat that had a profound impact on what O’Shea was trying to do at the club.

He took over while ‘Quins were in the grip of Bloodgate, the shameful episode that cost O’Shea’s predecessor, Dean Richards, his job and the club its reputation. At the time, few could see how ‘Quins could recover from the scandal, certainly not in the short-term. O’Shea came in to a situation that required him to be part-director of rugby and part crisis manager. To say that he has done an immense job would be to put it mildly.

And it all started in Limerick two years ago this month. “The Amlin semi-final was a huge moment for us,” says O’Shea of the 20-12 victory that saw them then progress to the final against Stade Francais, a game they also won, 19-18. “Everybody here remembers that day in Limerick and it wasn’t just the win, it was the way we were treated when we were out and about afterwards. There was banter and plenty of wind-ups but it was all good natured. The respect we were shown that weekend is something the players have always spoken about.

“It was a great day for us. It was a day that a lot of our younger players started to believe in how we were trying to play the game and what we were doing was right.

“When you experience an environment like that in Limerick and your game stands up to it then it gives you believe. We went on and won the final.

“We won the Premiership the season after and only a few weeks ago we won the LV Cup final, so that’s three trophies in three seasons, but you always want more. Nick Easter calls these the medal months, the time when the games you play take on huge significance. Sunday is another one of those. We’ve never been to a Heineken Cup semi-final and we are desperate to get there.”

The last time they got close was the infamous Bloodgate day against Leinster, but that wasn’t the only painful experience they have had in this competition.

Last season was wounding too, but in a different way. They were drawn in the pool stage with Connacht, Gloucester and Toulouse. In round four they went to France and beat Toulouse 31-24, a performance that shook up the European game. Nick Evans, their talismanic Kiwi fly-half was truly outstanding. Mike Brown, their England wing, scored two tries.

In round five they had Gloucester at home and they beat them as well, Brown scoring another try and Evans controlling things once more. All they had to do now was beat Connacht to make the quarter-finals. Infamously, they lost. When O’Shea talks about the fantastic character in his team he mentions the upset of last season’s Heineken Cup and the fact that his players recovered from it quickly to win the Premiership.

With the rise of ‘Quins so, too, has O’Shea’s stock risen. His achievement in taking the club from the turbulence of Bloodgate to the glory of a Premiership title has been lost on no-one.

Harlequins beat Leicester 30-23 in a pulsating final in front of nearly 82,000 people at Twickenham. Ever since, whenever a job has come up in the game it seems that O’Shea’s name is linked to it.

He was suggested as a possible Ireland coach, a link he was quick to sever. Most lately there has been (unsubstantiated) talk of him being approached to assist Stuart Lancaster on player development at the RFU.

O’Shea has rubbished the rumour and has said that he will honour the contract he has with his club, which runs to the end of next season. He is a man in demand, though. No question. Not that any of that matters to him at the moment.

All he can see is this game on Sunday.