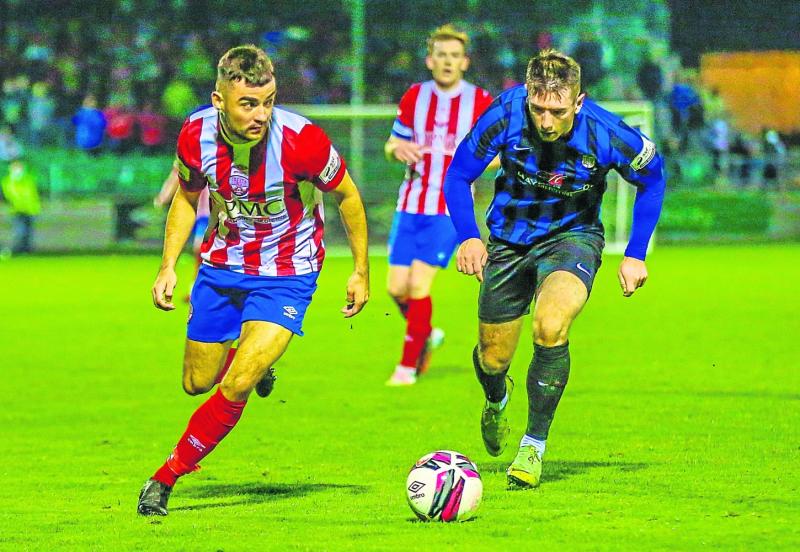 Tommy Barrett's side had won four of their last five league games prior to kick-off on Friday night, but came unstuck against a resolute Athlone side.

Thomas Oluwa's strike in the 39th minute had the Midlanders 1-0 to the good at half-time. Athlone then doubled their advantage on the hour mark through Adam Lennon.

Athlone succeeded in maintaining their two-goal advantage until full-time.

It was the first time this season that Athlone had recorded a clean sheet in the First Division.

Fifth-placed Treaty United, who occupy the final promotion play-off spot in the table, lie four points clear of Wexford FC in the table.

Sixth-placed Wexford FC have a game in hand on Treaty and will play their fixture on tomorrow, Saturday, night away to Longford Town at Bishopsgate.

Prior to kick-off at the Athlone Town Stadium, Treaty United had picked up as many points in their last four games, nine, as the Midlanders had all season.

Next up for Treaty United is an Extra.ie Senior Men's Cup second round fixture against Maynooth University Town at John Hyland Park on Saturday next, 5.30pm.

The prize on offer for the winners is a quarter-final place in this season's FAI Cup.