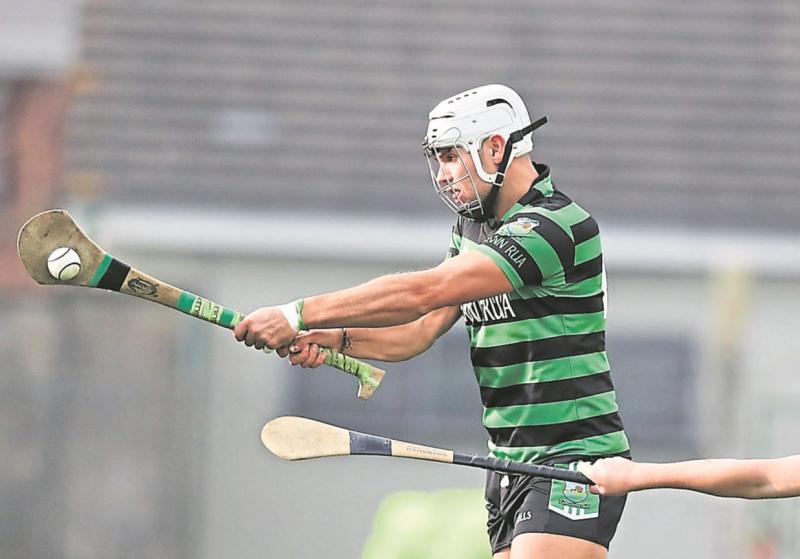 On Saturday evening the south Limerick side had a 2-24 to 0-17 win over Cappamore in Hospital.

With just three of the seven premier intermediate hurling qualifying rounds completed and elimination is already staring pointless Cappamore in the face. Even more worrying, the resilience they showed in making last year's county final just wasn't there as they fell to joint leaders Glenroe in Hospital on Saturday evening where interest descended to how much the margin of defeat would once the winners bagged their first goal twelve minutes after the break.

Yet for all of their second half collapse, early exchanges looked promising for the Slieve Felim men as they seemed to have the edge for the first twenty minutes and, had it not been for running up eight wides in that period, they could have established a lead big enough to carry through to the final. But it was a different story once the South Limerick side finally got their noses in front. Once free of their opening anxieties, they built on their dominance up the middle and sustained the intensity long enough to close off any thoughts of a recovery.

Needing just one win from their next four outings to make it to the play-offs, Glenroe now have the opportunity to fine tune their game for a serious assault on promotion to senior. And on this display, they have no shortage of material to work on. David McCarthy's steadiness between the posts and on the puckouts and and Stephen Walsh's at the heart of the defence give them a platform to work on their creativity and, in Mark O'Connell, Brian O'Connell and Eoin Walsh, they have a variety of options to convert possession into scores.

O'Donnell converted the '65' and Mikey Fitzgibbon followed up only for Walsh's free and Brian O'Connell tying the scores up again but they, in turn, were answered to by O'Donnell striking from play and from a '65'. However, Cappamore's radar was going on the blink and a run of wides allowed Glenroe to impose themselves on the scoreboard two Walsh frees equalised and Mark O'Connell's long free, Ciarán Kelly, Brian O'Connell and Shane O'Donoghue shot them four ahead before and exchange between Joe Lonergan and Kelly left the score at 0-13 to 0-9 at the break.

PJ Hogan and Ronan Hanly hit back only for the Slieve Felim men getting zapped by Brian O'Connell swooping in from the left onto the handpass to drill to the far corner. The intensity dropped as Lonergan's '65' was met by Mark O'Connell's free and, despite Lonergan's free and Fitzgibbon giving Cappamore a faint glimmer of hope, that died on another run of wides before Glenroe bestirred themselves again.

After O'Donoghue and Brian O'Connell splitting the posts and veteran former Limerick and Dublin countyman Moss O'Brien making an appearance, Liam Dennehy added substance to Glenroe's dominance by collecting Walsh's handpass for their second goal and, had they not started missing the posts, they would would have have had more than Brian O'Connell's strike and Walsh's free to show for their canter to the line.