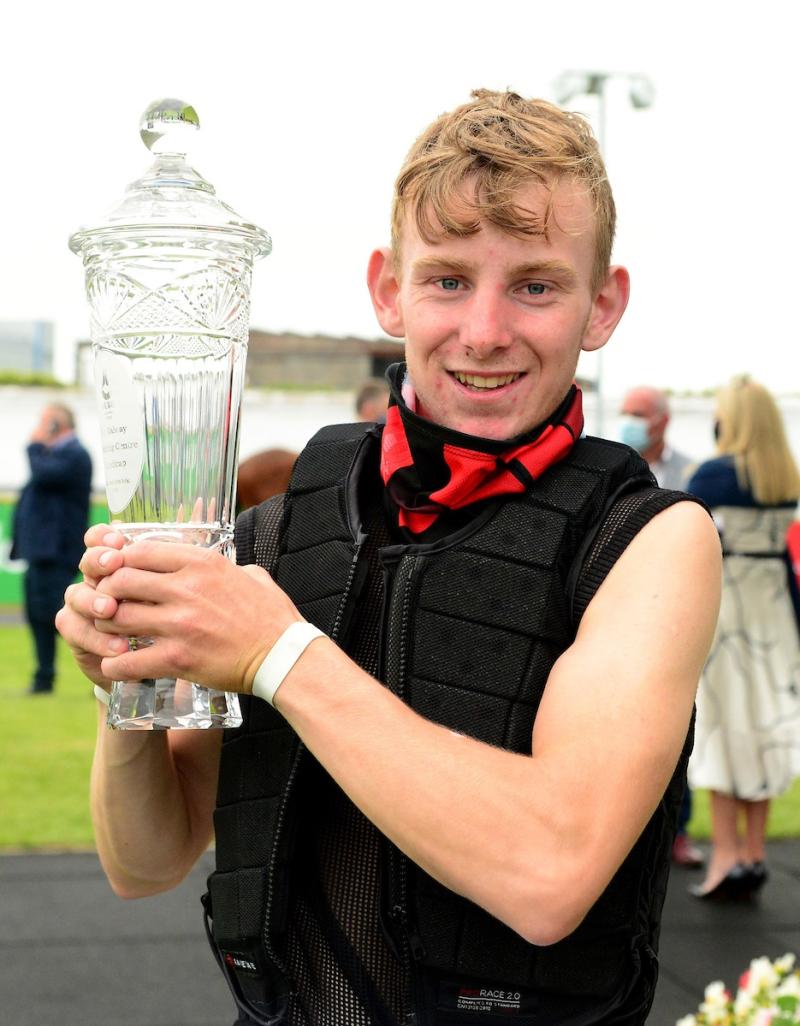 LIMERICK jockey Wesley Joyce has made "significant progress" since his fall at the Galway Races last week but is facing into a "considerable period of rehabilitation".

It's just over a week since the Moyross teenager was unseated during Thursday's Arthur Guinness Irish EBF Corrib Fillies Stakes, a seven-furlong listed event - Joyce was riding Red Heel for Michael Mulvany.

The 19 year old Limerick city jockey and Red Heel, on whom Joyce won a Curragh handicap on earlier this month, were disputing the lead when appearing to stumble at the road crossing, sending his rider crashing to the turf.

This Friday morning, Irish Horseracing Regulatory Board Senior Medical Officer Jennifer Pugh has provided an update on the health of the popular Limerick city jockey.

"Wesley has continued to make significant progress throughout the week. He is now breathing on his own but remains in ICU at University Hospital Galway for the moment," said Pugh, who last week confirmed he has suffered 'major trauma to his chest'.

"Wesley is fully alert and responsive and while he will require a considerable period of rehabilitation, he has made major progress over the last seven days and is continuing to recover well from his injuries."

Pugh continued: "We continue to be thankful for the level of care Wesley has received from the team at University Hospital Galway, along with the pre-hospital care he received on course at Galway Racecourse immediately after his fall and by the IHRB Medical team, the Order of Malta Ambulance service and the Galway Racecourse doctors."