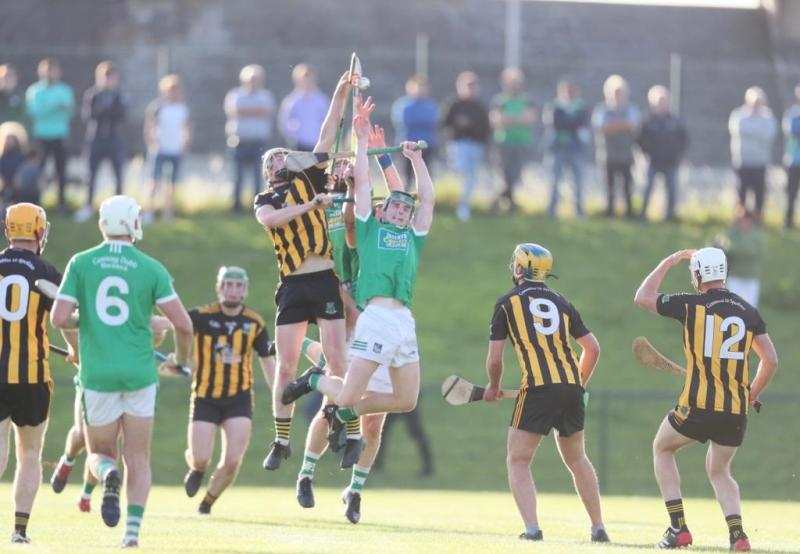 In Kilmallock this round one tie finished Garryspillane 2-17 Blackrock 1-18.

The Bouncers didnt lead until the final minute of the tie with Bryan Heavey and Dylan O'Shea with their late winning points.

Blackrock, who lost to Ballybrown in round one, brought a 1-13 to 0-9 lead into half time.

It was an opening half in which Sean O'Neill, Ruairi O'Shaughnessy and Dylan Dawson returned three points each from play for The Rockies.

Their goal came in the seventh minute from a Paudie Leahy penalty after O'Shaughnessy had been fouled.

By the mid-point of the half they were 1-5 to 0-4 ahead with two points from Eoin Sheehan and O'Shea frees keeping the men in black and amber in touch.

Three of the final four points of the half went Blackrock into the interval seven points up but they had hit seven wides, compared to just one for Garryspillane.

In the second half, Garryspillane were on top from the off with a run of points for Eoin Sheehan and O'Shea.

A fortunate Paddy Kennedy goal from distance then reduced the gap to a single point, 1-15 to 1-14 as the game approached the fourth quarter.

But they didn't score for the remainder of the game.

Shortly after an O'Shea free levelled for just the second time and then Heavey and O'Shea's ninth point secured the win.