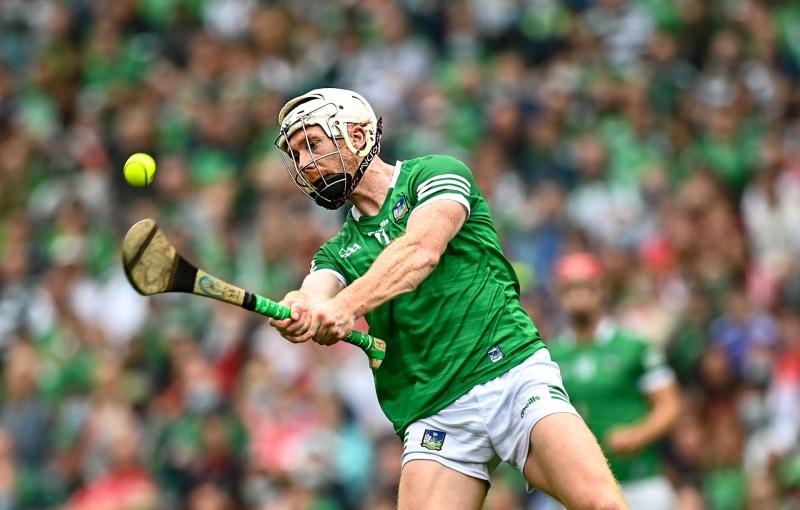 However, 2021 Hurler of the Year Cian Lynch misses out completely due to injury - the Patrickswell man is not named on the 26-man matchday panel. Lynch ended a 10-week spell on the sidelines with a hamstring injury when introduced as a sub in the semi final win over Galway but picked up a fresh foot injury since.

Lynch’s place among the subs is taken by Barry Murphy, who hasn’t played for Limerick since last year’s All-Ireland final. The Doon man suffered a cruciate ligament injury within weeks of that Liam MacCarthy Cup title win.

With no Lynch, John Kiely and his selectors have given a vote of confidence to the side that started the semi final win over Galway two weeks ago.

Eleven of Sunday’s team are set to start their fourth All-Ireland SHC final in five years.

All 11 of the Limerick subs have played championship hurling in Croke Park at some level but just five have played in an All-Ireland SHC final - Peter Casey, Richie English, David Reidy, Barry Murphy and Colin Coughlan.

It's a team spread across 12 different clubs with Patrickswell, Na Piarsaigh and Ahane the only clubs with two representatives in the starting line-up. Eight are senior hurling clubs, three intermediate and one (St Patricks) play at junior level.

Indeed goalkeeper Nickie Quaid is the only player to have started all 31 championship games under Kiely’s management since 2017.