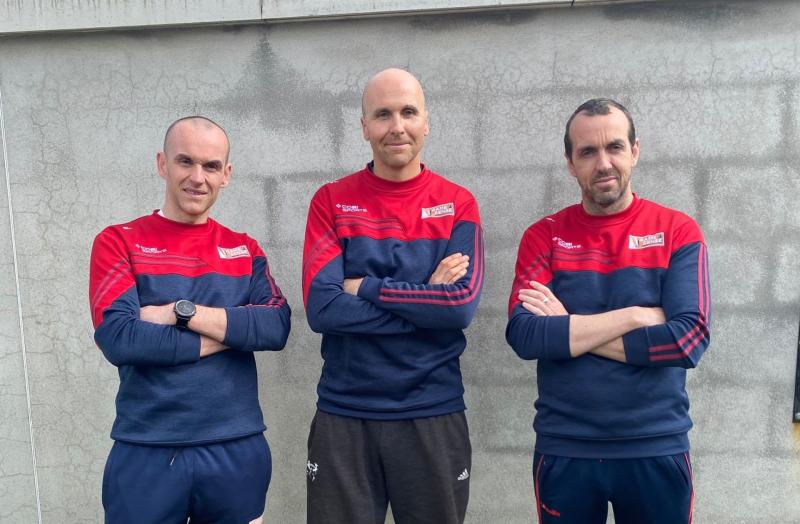 A new GAA coaching website www.gamesensecoaching.com is doing just that.

Run by three Limerick brothers Stephen, Peter and David Lavin, gamesensecoaching.com is offering a whole avenue for GAA coaches from those involved with children to adults.

"We’re not saying that is is the only way to do things but we believe strongly that it is the best way," explains Stephen Lavin, a former Limerick footballer and hurler.

"We have come from the old-school way of things - out to the cone and back and we just think that there is a better way and that people will enjoy this way a little bit more because it’s more interactive. It's games with a purpose - all skills based games that we think are better than having everyone lined up behind a cone," outlines the Adare man.

The three bothers have worked in the Limerick Underage Football Academy where Paul Kinnerk is the Head of Coaching.

"The three of us were working in the academy and it’s not that Paul (Kinnerk) would give you stuff but he would give give brilliant feedback on sessions. Initially we were thinking of a book as a resource for people and then it was Jim Donovan (former Limerick footballer) who suggested a website that people could sign up to. We already had a couple of hundred games from our football work and then this software called Tactical Pad made it very easy to do up animated videos to show how the games work."

So now, coaches of all levels can log into the website, find the skill they wish to teach, select a game, print it off the share with fellow coaches ahead of the training session.

"It’s just about trying to make the sessions a little bit more enjoyable. You have parents getting involved now and I would say that this is an investment in your kids. They want to right by their kids and want their kids to do well and these parents are often hugely enthusiastic but don’t have a whole pile of coaching experience behind them. This is only a resource and the real learning is doing it and then reflecting on it," said Stephen.

No surprise the three Lavin brothers are teachers.

"It’s a bit like school - is there a plan in place and is there progression, are you teaching them that small bit more every year. It’s not strict because the emphasis has to be on fun and enjoyment but at least they are learning. They are both about learning. What do you do in teaching to make sure their is good learning going on, well it’s the same in coaching. The parallels are huge - the pitch is a learning environment. Kids as young as the age of seven can learn so it’s about how do we pitch it at them and what do we want them to learn. So you think what you want them to learn and then come up with a session that helps them along with that. In the classroom we call that guided learning," outlines Stephen who is a teaching principal in Scoil Naomh Iosaf in Adare.

He continues: "There is a massive movement towards this narrative. The counter argument would be that the players don’t have the skills to do the games but we would be of the belief that if you play these games right that the skills will be learned in the game. There are hundreds of games there and also it’s not all about hurling or football, it’s about the physical development of kids".

"I was probably 20/21 when I started to do some coaching in the club and I was the exact same as the coaches that had coached me - everyone lined up and in and out with drills. When I look back now I’m thinking Oh God” But that’s the way I had learned and it was way at the time but now I just feel this way is so much more child friendly."

"Coaches need to be prepared to step into uncertain waters. It’s very easy to get children to stand behind a cone and get them to come out and pick up a ball and then come back again. If you are doing that through some different games, maybe you are going to have to think a bit more and maybe it’s a bit more of a trial and error process. People might be reluctant to embrace it but by the end of it they are far better coaches and are also have a much better time. People work, they have kids and need to make dinners and do homework and now they got to sit down and plan this session but maybe they would rather just go and do what they know. Take some time to get familiar with the website and if you get comfortable, it’s literally takes two minutes so come up with an entire session and print it out and share with the other coaches," he explained.

"It's about taking the difficulty of the planning away from coaches and give them loads of resources."