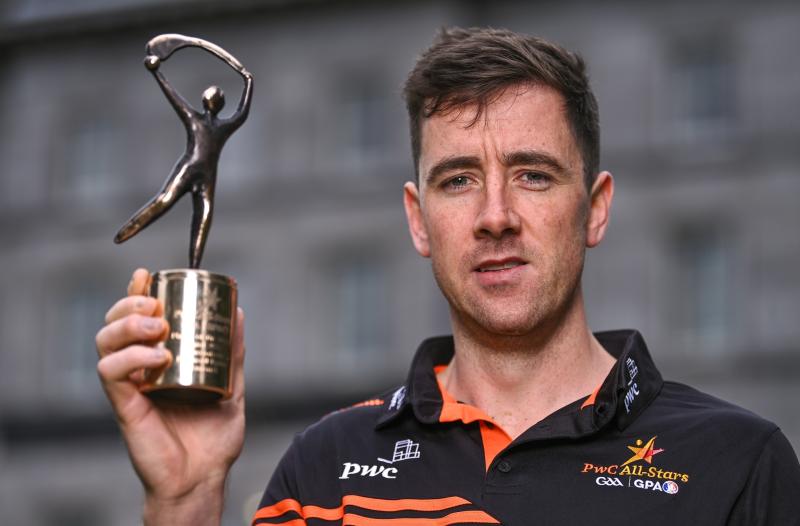 LIMERICK wing back Diarmaid Byrnes has been honoured as the PwC GAA/GPA Hurler of the Month for April.

The towering defender was selected from a short-list that also contained Clare's Peter Duggan and Dublin's Donal Burke.

The PwC GAA/GPA Players of the Month award winners are voted for by the GPA’s membership.

Byrnes' Patrickswell club colleagues Cian Lynch and Aaron Gillane are previous Hurler of the Month winners, while Gearoid Hegarty and Kyle Hayes have also been honoured across recent seasons.

Byrnes starred for Limerick during the April victories over Cork and Waterford in the Munster SHC and continued that fine form into May and the championship clashes with Tipperary and Clare.

On top of his defensive duties, Byrnes notched 12-points during the April wins - four from play and eight frees among his tally in Pairc Ui Chaoimh and the TUS Gaelic Grounds.

"After another series of fantastic matches and exceptional performances I want to congratulate all of the players who are being recognised for their displays. This monthly award scheme allows us to track the standout performers who headline our season, perhaps leading to an All-Star award at the end of the year. I wish to thank PwC for their continuing support and as the excitement builds across all our Championships I look forward to more great games in the coming weeks," said McCarthy.

Feargal O’Rourke, Managing Partner, PwC extended the warmest of congratulations to the quartet.

"We are proud to acknowledge and celebrate excellence in men’s and women’s Gaelic Games equally, and each of these players demonstrated superb individual performances, which were vital for their teams in April.  We wish them all the best as the championship season starts to pick up pace and we look forward to a brilliant summer of action on the pitch," said O'Rourke.

Speaking on behalf of the GPA, CEO Tom Parsons added: “Congratulations to all four winners of these monthly awards who are all very worthy of being honoured and should be proud of the fact they have been chosen by their fellow players as the standout performers in their respective codes for April".