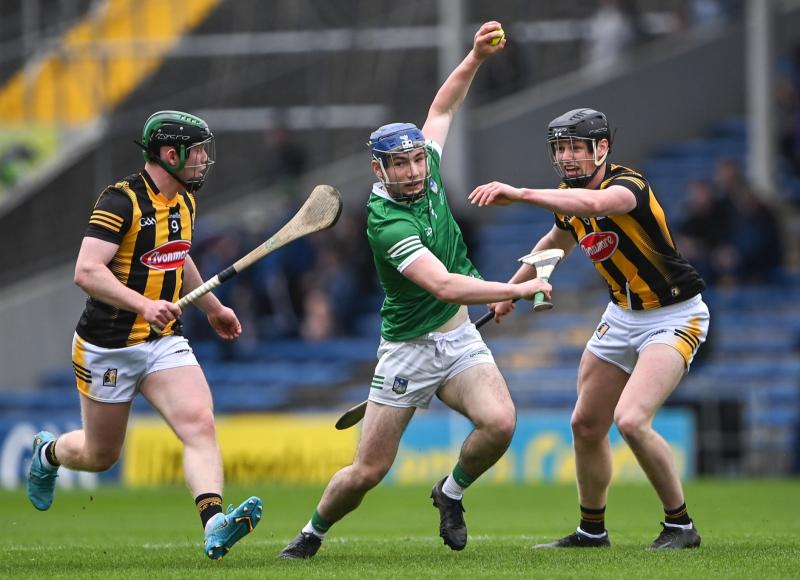 DEFEAT for Limerick in the All-Ireland U20 Hurling Championship final this Sunday in Thurles.

The sides were level 14 times but Kilkenny pushed for the winning line in the final minutes and Limerick couldn't find another score to force extra time.

Kilkenny had the aid of the first half breeze and brought a 0-10 to 0-9 lead into the half time dressing room.

The sides were level on eight occasions in the opening half, in which Limerick had three wides, half that of the Leinster side.

The game was only 11-seconds old when Adam English opened the scoring for Limerick but The Cats were soon 0-2 to 0-1 ahead and the game inside the first five minutes.

Limerick quickly drew level and Kilkenny weren't to be back in front until injury time in the opening half.

Patrick O'Donovan made his first start of the campaign in this final after shaking off a persistent injury but looked sharp with two fin early points and his side were 0-5 to 0-3 clear with the stopwatch just reaching 10-minutes.

From there till half time the sides exchanged points - Kilkenny getting a favourable call from an umpire when Conor Hanley Clarke looked to have stopped Paddy Langton's long range effort in the 19th minute. That left the sides tied at 0-7 each and 20-minutes played.

Shane O'Brien became the fifth Limerick player on the scoresheet and when Aidan O'Connor pointed his third free, the men in green were 0-9 to 0-8 ahead.

Kilkenny levelled and then goalkeeper Aidan Tallis ensured they would carry the slightest of advantages into the interval with a long range free.

Just 14-seconds into the second half the game was again level - Colin Coughlan scoring.

Aidan O'Connor points then regained the lead for Limerick before goalkeeper Conor Hanley Clarke twice came to the rescue with fine saves.

When Eddie Stokes became the final member of the attack to score, the final was level for the 13th time at 0-14 and entering the final quarter.

It was soon 14 time level but then back-to-back points from Billy Drennan had Kilkenny two points clear for the first time - 0-17 to 0-15 - and 51-minutes played.

O'Connor replied with scores from frees and from play but the wides tally soon reached 10 as Limerick went in search of another score to level and force extra time.