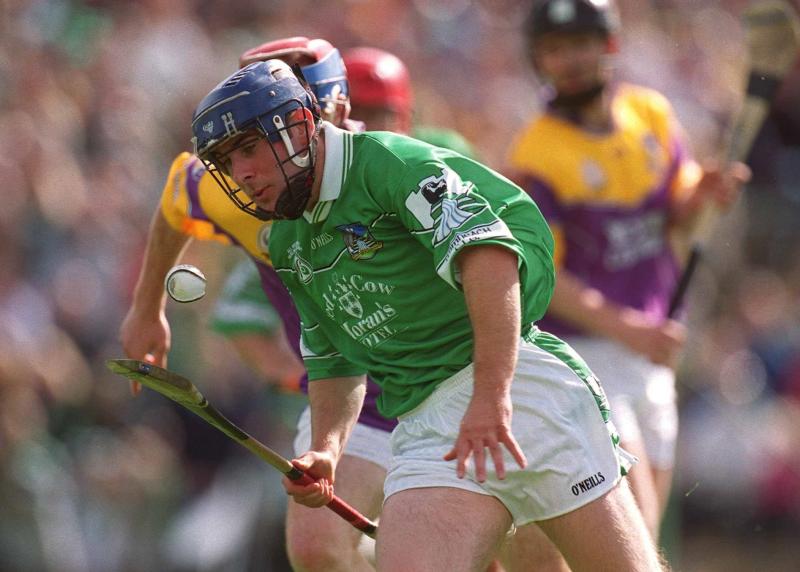 “THE main reason I would know it must be around 20 years is because any time I meet any of the boys we’ve all grey hair!,” laughed Damien Reale when going down memory lane to Limerick’s hat-trick of All-Ireland U21 hurling titles 2000-02.

The talented Hospital-Herbertstown player was ever present in the no2 jersey throughout a 15 game unbeaten run across the three years as Dave Keane’s young side captured the imagination of the Limerick hurling public.

“Limerick had had no real success since the 1997 league final and this was all new and here we were winning a Munster Championship and from there on the crowds just kept getting bigger and bigger and there was an unbelievable following for those teams,” recalled Reale this week ahead of Sunday’s All-Ireland U20 final with Kilkenny.

“They were great days,” smiled Reale.

“It’s hard to put a finger on it – we were gifted players but they (management) brought a unity and it grew into something where every single game that we played we couldn’t see ourselves losing. You have to hand it to Dave Keane, John Meskell, Dave Punch and Scoby (Pat O’Callaghan), they ensured everything was just free-flowing. We had some unbelievable games – one-point victories, two point victories, draws, replays. The excitement appeared to never end. There were very few games were there wasn’t some moment of controversy or where we looked beaten and got the win or a replay or extra time – unbelievable days,” outlined Reale.

Reale of one of 29 players from the three-in-a-row to play senior championship hurling with Limerick. He made 37 appearances in the SHC – all in defence.

“I played all my underage in the forwards, mostly half forward. Then at minor level (1999) Brian Finn was the manager and I played a bit midfield but ended up centre forward. That year I went into college in LIT and Derry O’Donovan was involved in hurling in there and I remember putting myself down as half forward but in the first Freshers game he put me wing back and then the following week he asked me to come along to a college senior match and he put me in corner back and that was the start of that,” recalled Reale.

He added: “When I started first at U14 Mark Keane was full back or centre back – one of the best backs I’ve ever seen when underage. He went on to be a great forward for us and at senior but I still often think he could have been an awesome back for the seniors”.

“Eamonn Cregan was Limerick senior manager at the time and Derry said to him that I deserved a run – I got my first run with the Limerick seniors in a challenge game for the opening of Fedmaore pitch against Wexford. I came on half forward – marking Rory McCarthy.”

Limerick entered the 2000 Munster U21 championship without a win in the 1997 or ‘98 minor championship.

“The first year of the U21s was a big unknown because we had to head down to Ennis and we weren’t given much of a chance because we hadn’t shown much at minor level and Clare were after the All-Ireland minor with that particular group. They were hot favourites and we were only putting a team together and no one really knew how we would gel and it all kicked off from there when we won by a goal. it just starting rolling from there and we went to Cork after that and Cork were after winning the ‘99 All-Ireland senior and they had a load of decorated players in the O’Connors, Neil Ronan and them boys. John Meskell got the point to get a replay and then the scenes inside in Limerick for the replay were incredible and we blitzed them,” said Reale.

“We really were only taking every game as it came – we were young and free and whatever came our way we didn’t think too much about it and just went out and played.”

Such was the excitement surrounded this group of players they attracted attendances of over 18,000 to the 2002 Munster and All-Ireland finals.

“The one real special one for me was the replay of the Munster final in 2002 – we were under the cosh and lucky to get out of it. I think Eoin Foley scored a penalty and we drew that match. We looked beaten again in the replay and they went five points up and I remember Shaughs (Andrew O’Shaughnessy) got a goal out of no where and then Kevin Tobin got a point – in extra time we ran away from them.”

The current Limerick Underage Hurling Academy is much heralded and Reale is quick to recall the work of Br Philip Ryan and others in the 1990s.

“He had us drinking gatorade and eating fruit at U14 level so his mind-set back then was definitely geared towards what was coming. Those three U21 teams evolved out of that academy, so there so much to be said for having the right people over teams. That was 25/26 years ago with an academy – it fell away for a while and then came back with a bang,” said Reale, who was a selector-coach with the Limerick minor hurling team in 2017.

“I came into current Academy as a selector in 2014 and came up along to a minor team – it’s completely different to our time. Even the technical and planning side of things, it’s on another level. Our U21 teams just turned up for training and that was it. The current team now know no different – they have had that type of input, planning and conditioning since they were U14 so they know no different,” said Reale who captained Limerick on the field of play in the 2007 All-Ireland SHC final.

"The whole conditioning side of things is completely different – on a different level. Even when I was playing senior we only went into the weights room once a week, if even! When you see the condition of lads now, they are completely different specimens to what we were. The only two fellas I can ever remember being like that were Niall and Ollie Moran – those two were always ripped to shreds!"