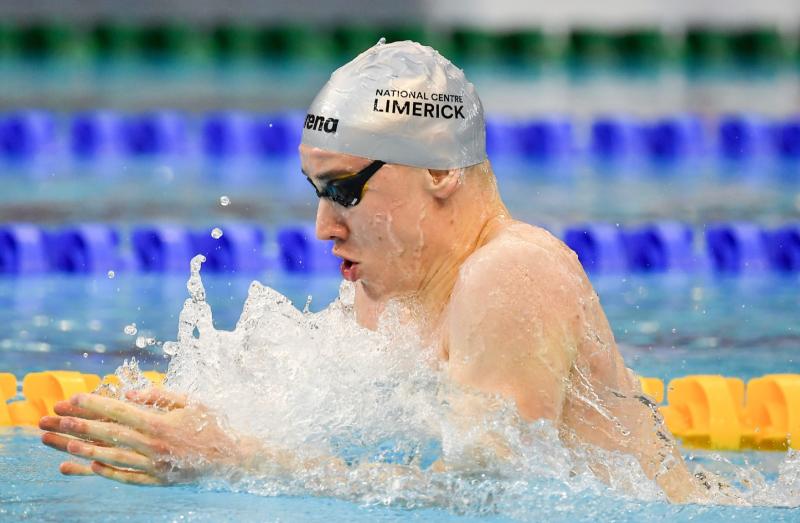 LIMERICK'S Eoin Corby has been named in the Irish swimming team for the European Championships this Summer.

Swim Ireland named a team of 18 for the 50m championships in Italy, which will take place over seven days in Rome's Sette Colli stadium.

Eight of the nine Irish Olympians from Tokyo 2021 will race in Rome, with Steven Beckerleg taking on the role of Head Coach for the male athletes within the team, whilst John Szaranek will undertake the equivalent Head Coach role for the female athletes.

National Performance Director Jon Rudd will be Ireland’s Team Leader for the Championships.

“After a very successful Olympics and World short course Championships in 2021, it is time for our athletes to see how they can move our sport on yet again for Ireland and with so many events on the calendar this summer, we believe that we have struck an excellent balance across all of that which was available to us," said National Performance Director Jon Rudd.

"The senior team for Rome is strong and we can look forward to something similarly exciting when the Northern Ireland team is announced for Birmingham. We wish all of our athletes and their coaches the very best in their preparations over the weeks to come.”