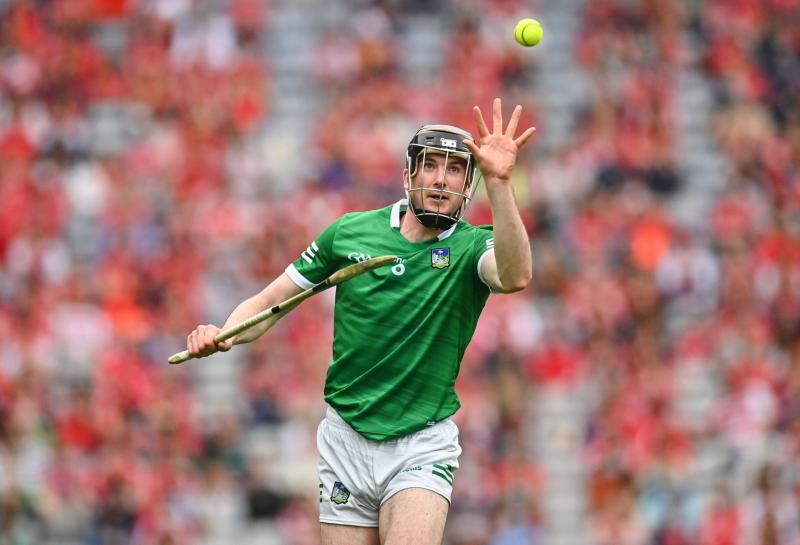 LIMERICK have confirmed their team for Sunday's eagerly awaited Shannonside derby against Clare in the Munster Senior Hurling Championship.

Limerick's fourth and final group game has a 4pm start this May 15 in Cusack Park in Ennis for a game that will be televised live on RTE television.

There is one change from the win over Tipperary - Cathal O'Neill misses out with an ankle injury and is replaced by Seamus Flanagan for his first start of this championship after a hand injury. In the reshuffle, Kyle Hayes returns to centre forward.

John Kiely's Limerick are already guaranteed to finish in the top three and therefore progress to the All-Ireland SHC but the defending champions know that a win or draw against Clare would confirm a June 5 Munster SHC final spot.

Captain Declan Hannon is set to make his 50th senior championship appearance for Limerick. The Adare man made his debut in 2011 as a teenager and now joins team-mates Graeme Mulcahy and Nickie Quaid as the only players to reach the 50th appearance milestone for Limerick.

There are two changes to the matchday 26 - Cathal O'Neill and Pat Ryan not included and Micheal Houlihan and Rory Duff are listed in a championship matchday panel for the first time.

None of Ciaran Barry, Duff or Houlihan have Allianz League or Championship experience.

Just like the Tipperary game, no U20s are included ahead of their May 22 All-Ireland final against Kilkenny in Thurles.

Let’s go lads ….
Clare have named their team to face Limerick in Round 4 of the Munster SHC on Sunday. #UptheBanner pic.twitter.com/x5vqln7K9b