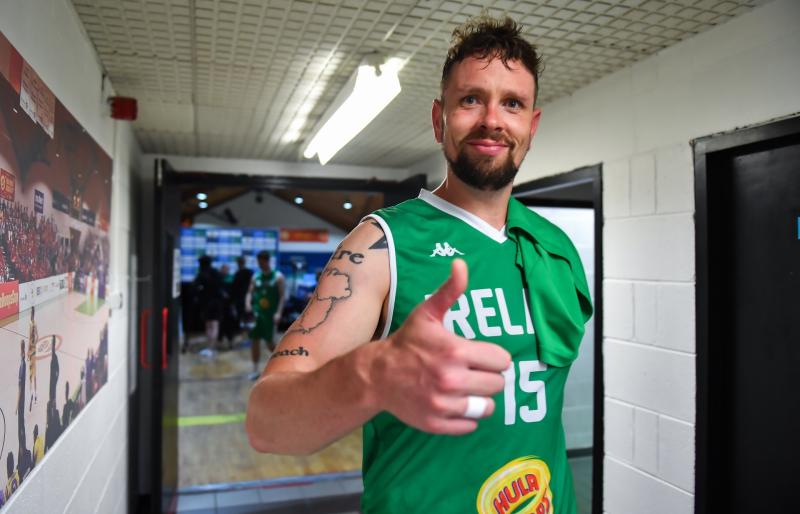 FORMER Ireland captain Jason Killeen has been appointed as the new Basketball Development Officer for the Mid-West region.

"I am delighted with my new role as Basketball Ireland Regional Development Officer for the Mid-West. To be returning home to Limerick after so many years away is a bonus. Basketball in Limerick and the mid-west is on the rise in recent years and the potential for further growth is huge. I am looking forward to adding to this positive momentum and to be able to use my extensive experience to help further grow the sport in the region," said Killeen, who will start his new role on June 1.

“The move home will also mean a switch to my local club Limerick Sport Eagles, which I’m hugely excited about. I’ve had an amazing eight years with Griffith College Templeogue and it’s obviously a wrench to leave them, having had so much success at the club. I’d like to thank Mark Keenan, the committee and everyone in the club, who’ve been wonderful to work with and be a part of," said the Limerick native.

Killeen, who has also played in France, Malaysia and England, will continue his career with Limerick Sport Eagles in InsureMyVan.ie Division 1 next season.

The appointment by TUS MidWest and Basketball Ireland will see Killeen based at the TUS Moylish Campus in Limerick. Killeen was Basketball Ireland’s Head of Development between 2015 and 2019 and was most recently a Sports & Societies Officer at Griffith College.

“We congratulate Jason on his appointment as the new Development Officer for the Mid-West area. We look forward to working with both Jason and Basketball Ireland on growing basketball within our communities in the Mid-West region,” said Flaherty.

Basketball Ireland Head of Development, Ciaran O’Sullivan, added that they were really pleased to have recruited Jason to help us engage further with the local community in Limerick, Clare, and Tipperary.

"Jason has been involved in the game for a long time, as a player, coach and Development Officer, his experience in facilitating Development Programmes will ensure the best results possible in the Mid-West Region," said O'Sullivan.