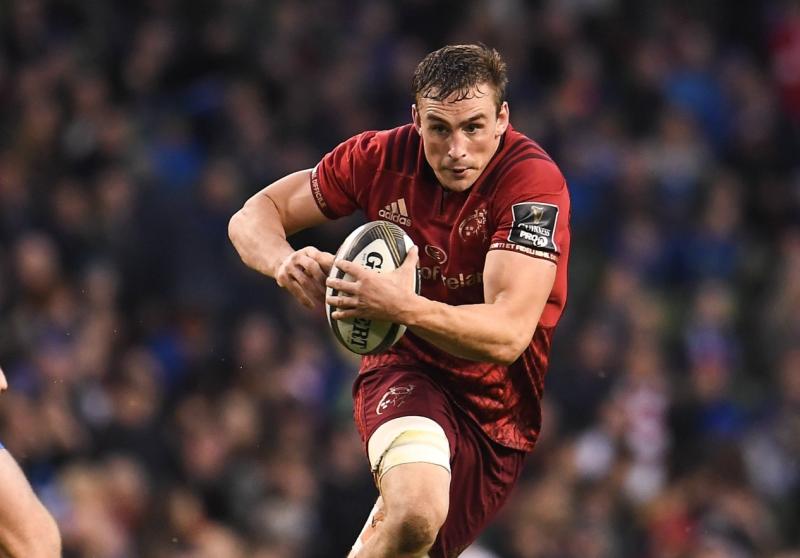 JUST one year after his retirement from professional sport, former Ireland and Munster rugby star Tommy O'Donnell has returned to the playing fields.

O'Donnell has joined up with Limerick GAA club, Ahane and has played both hurling and football with the Castleconnell based club in the past week.

Just over one year ago the Tipperary native confirmed that the 2020/21 season was his last in professional rugby.

Across 14 seasons in the red of Munster O’Donnell made 186 appearances and earned 13 caps for Ireland.

Beginning with the Clanwilliam club, O’Donnell then lined out for UL Bohemians in the AIL and made his Munster debut against Scarlets in 2007 as a 20 year-old.

He featured in Munster’s famous win over Australia at Thomond Park in 2010 and captained Munster to victory in their historic win over the Maori All Blacks in 2016.

He won the Munster Player of the Year award in 2013 - the same year he earned his first Irish cap against the USA. He made his Six Nations debut against Scotland in 2014 and contributed in both Championship winning campaigns in 2014 and 2015.

A native of Cahir, O'Donnell has now swapped the famed red of Munster rugby for the legendary green and gold of Ahane.

O'Donnell lined out wing forward in an City East Junior B Hurling League tie in Mackey Park against Na Piarsaigh. The Caherdavin side won 0-21 to 0-20.

Five days later, O'Donnell showed his versatility when starting centre back for the club football side in Tuesday's East Junior A Football League tie. Defeat was also O'Donnell's lot this time round with Ballybricken-Bohermore emerging 0-16 1-7 winners despite the former rugby backrow surging forward to score Ahane's third point of the game.

Before chasing the rugby dream, O'Donnell was a rising talent with Cahir GAA club and in 2003 was involved in the Tipperary minor football panel.