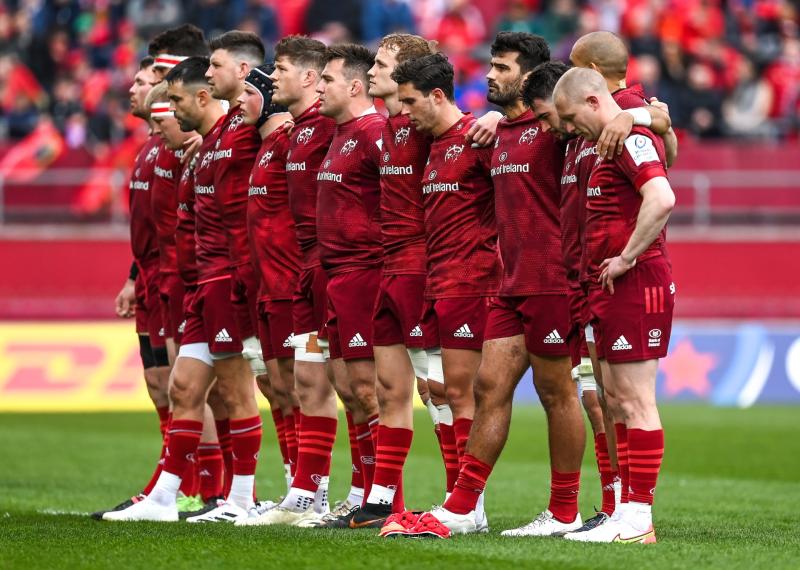 THE Munster rugby team to face Ulster in the URC at the Kingspan Stadium on Friday night has been named.

There are seven changes to the side that beat Exeter Chiefs last weekend.

Craig Casey and Shane Daly come into the backline and there is a new front row of Jeremy Loughman, Diarmuid Barron and Stephen Archer.

Jack O’Donoghue captains Munster and makes a positional switch to blindside flanker for a game that will be televised live on RTE television - kick-off is 7.35.

Mike Haley starts at full back with Keith Earls and Daly on either flank. Damian de Allende and Chris Farrell continue their centre partnership with Casey and Joey Carbery in the half backs.

Jean Kleyn partners Ahern in the engine room with O’Donoghue, John Hodnett and Kendellen completing the side.

Academy hooker Scott Buckley is among the replacements and in line to make his sixth appearance of the season.

On the player availability front, Simon Zebo misses out due to personal reasons.

With a six day turnaround following a bruising encounter on Saturday, Peter O’Mahony and Niall Scannell didn’t come through a full training week and were unavailable due to knocks.