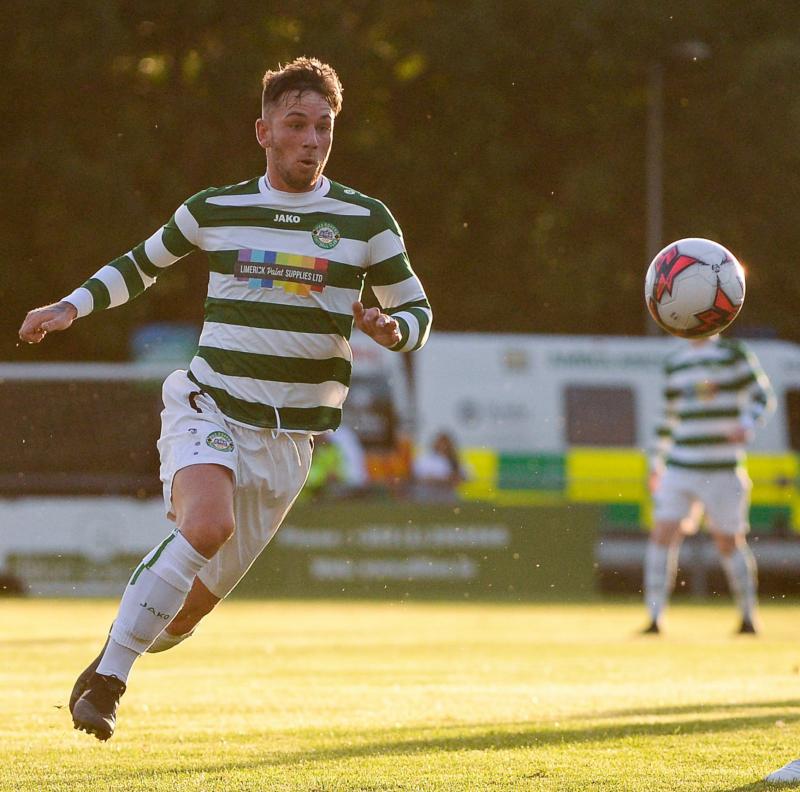 IT'S as you were at the top of the Premier League with Pike and Fairview locked together following the Hoops 4-1 win over Nenagh on Thursday night.

After last week’s disappointing defeat to Fairview, Robbie Williams side needed a pick-me-up heading into a crucial game with Ballynanty Rvs at the weekend, and the players delivered.

Steve McGann put the home side on their way from the spot before Conor Layng doubled the lead. Aaron Murphy made it 3-0 and while Nenagh reduced the deficit courtesy of Matt O’Gorman, Pike had the last say when Layng netted his 30th of the season to complete the scoring.

On a sour note for the Hoops, Shane Walsh limped out of the game and hopes are high that it is but a minor setback on his recovery from injury.

In the Lower tier, Mungret maintain a four-point gap at the top after a 6-1 win over a Geraldines side who were relegated last night.

The Dines have been here before and bounced back stronger. I have no doubt we will be seeing them back in the top flight in quick time.

Goals from Bradley McNamara (2), Aaron Quinlivan and Dermot Hughes helped Janesboro to a 4-1 win over Kilmallock for whom Shane Lyons scored.

A foul on Brion Moriarty presented Ger Myles with a spot kick from which he put Coonagh in front at Prospect.
Trevor Hogan replied for the home side but Aodhan Keane scored the decider to give Coonagh the spoils.

A five-goal haul by Shane Byrne helped Caherconlish to a big win at Castle Utd to go three points clear in Division 2A.
The race for honours and promotion in Division 1B is a thrilling three way battle that twists and turns by the week.

On Thursday night, Caherdavin fell 2-1 at home to Glenview which allowed Regional Utd B to leapfrog them thanks to a 5-1 win at Newport. A Gerry Fitzpatrick hat trick was the highlight.

Pallagreen maintained their challenge with a 2-0 win over Mungret Reg, brought about by goals from Vinny Ryan and Seamus Mulcahy.