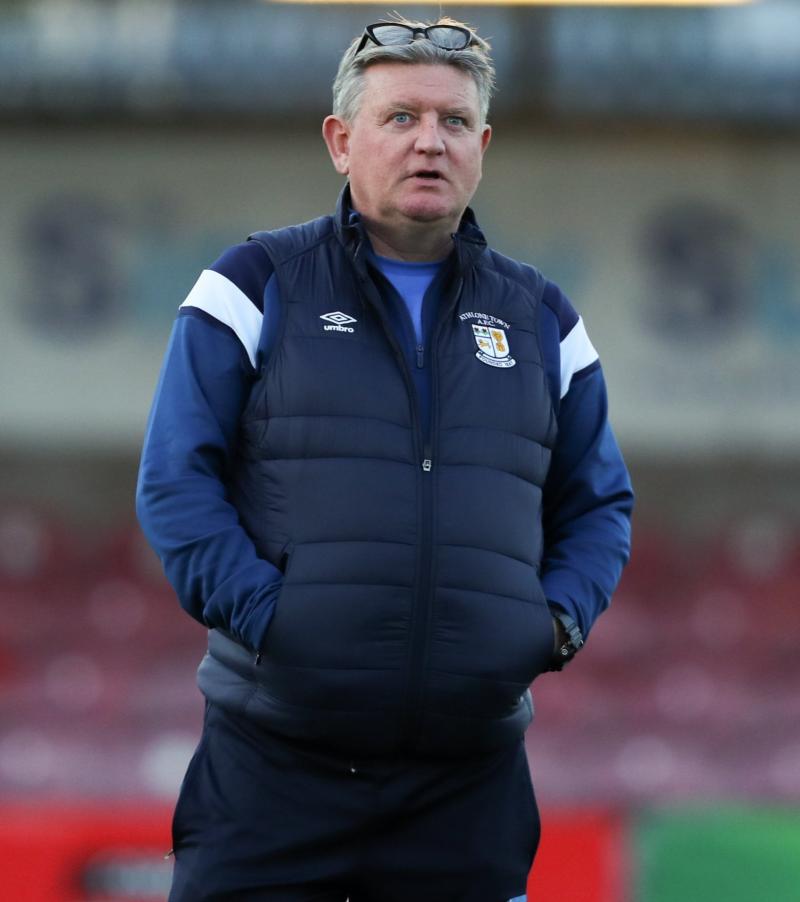 Athlone have picked up just one point from their opening eight First Division fixtures and sit at the bottom of the league table.

Treaty United will be Athlone's next opponents when the sides meet in the First Division at Athlone Town Stadium on Good Friday, 7.45pm.

Russell managed to maintain the club’s Premier Division status in his first season in charge.

However, the Super Blues dropped to the First Division a year later after losing a relegation play-off to Finn Harps.

Limerick secured promotion at the very first attempt, winning the First Division title in impressive fashion and enjoying a terrific run in the EA Sports Cup, where they lost out to St Patrick’s Athletic in the final.

After hanging up his playing boots in 2003, former Republic of Ireland Under-21 International Russell had spells as assistant manager at St Pat’s and UCD between then and 2008.

In a statement issued on Sunday night, Athlone Town confirmed Russell's departure from the role of manager.

“The board of Athlone Town AFC can this evening confirm that Martin Russell has departed the role of manager of our men’s senior team,” a club statement read.

“Following discussions between Martin and ATAFC’s board members, it was mutually agreed that he should stand down with immediate effect.

“Unfortunately, results this season were not what Martin and the club had hoped for. The club would like to thank Martin for his efforts and wishes him every success in the future.

“The club will start the process of recruiting a new manager.

“In the meantime, Athlone Town AFC’s Director of Football, Dermot Lennon, who is both a former manager and player for ATAFC, will take charge of the men’s first-team affairs.”