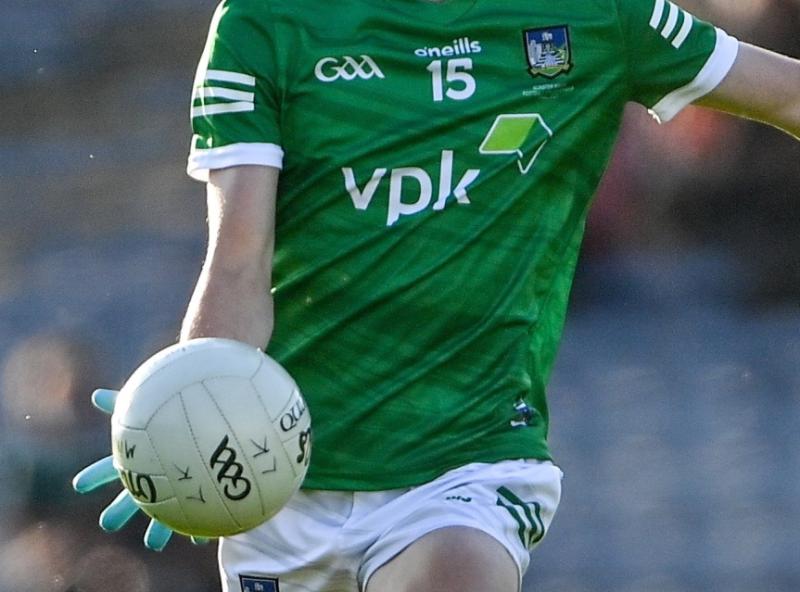 THE Limerick Underage Football Academy panels have been confirmed for 2022.

Limerick's U14, U15 and U16 teams will be in action from this weekend across the next number of months.

All underage academy teams are sponsored by VPK Limerick.

Limerick will have two U14 teams and will have games arranged by Munster Coaching and Games Committee. Matches will be played on April 9 and May 7. The Jim Power Tournament will be on June 11 and July 23. On August 13 will be a cross-provincial match.

In the Dermot Earley Michael Glavey’s Tournament Limerick are in Group Two with Wexford, Meath and Wicklow. In Group One are Roscommon, Antrim, Armagh and Sligo.

In the Dermot Earley Roscommon Cup, Limerick are in Group Two with Wexford B, Galway West and Wicklow B. Group One is Roscommon B, Antrim B, Armagh B and Sligo B.

In the Dermot Earley Michael Glavey’s Tournament fixtures, Limerick are away to Wexford on April 9, home on May 7 v Meath and home to Wicklow on June 11.

In the Dermot Earley Roscommon Cup games; on April 9 Limerick are away to Wexford, home to Galway West on May 7 and home to Wicklow on June 11. Again the Cup/Shield Semi Finals are on July 23 with August 13 for the Cup/Shield Finals and 3rd and 4th play offs.

The U16s will play in the O’Donovan Cup Tournament. In Group One are Limerick, Cork West, Roscommon and Galway 2, while Group Two consists of Tipperary, South Kerry, Offaly and Kildare 2.

On April 9 Limerick are home to Cork West. On May 7 there is an away match with Roscommon and then on June 11 with an away match in Galway. On July 23 are the Cup/Shield semi finals with the finals/3rd and 4th play-offs set for August 13.