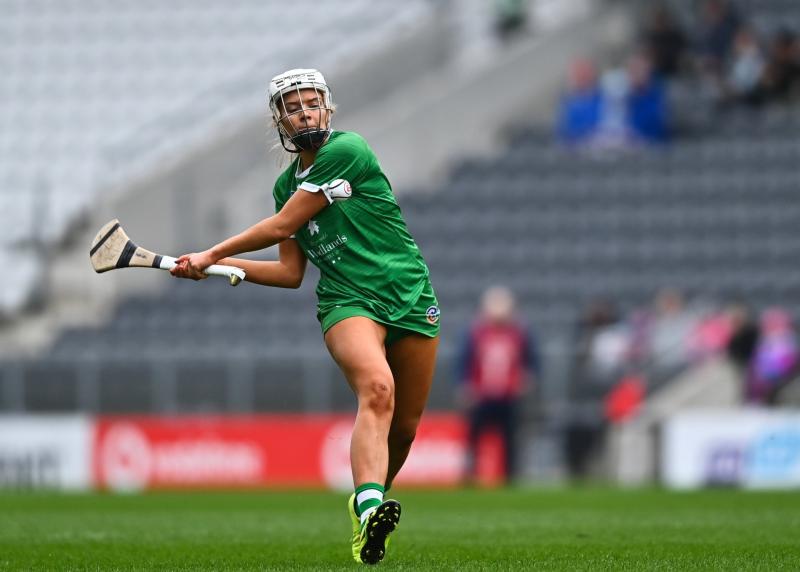 Michelle Curtin of Templeglantine named in the Limerick half forward line

THE Limerick team has been announced for Saturday's Littlewoods Ireland Camogie League derby with Clare.

The Shannonside rivals meet in the TUS Gaelic Grounds at 4.30 - both seeking a first win of the campaign after defeats to Cork and Kilkenny.

There are four changes from the team that lost heavily in Pairc Ui Chaoimh last time out - Leah O'Carroll and Teresa Dore make their first league starts, while the experienced duo of Rebecca Delee and Caoimhe Costelloe return. Dropping out are Claire Keating, Emma Kennedy, Caroline Brennan and Cliodhna Ryan.

In two games already in this league, Limerick have given league debuts to 16 players between starters and substitutes. For this Clare tie, just seven players are selected to start their third successive game. Five of this core group played against Clare last year with Orlaith Kelleher and Sarah O'Brien the fresh faces.