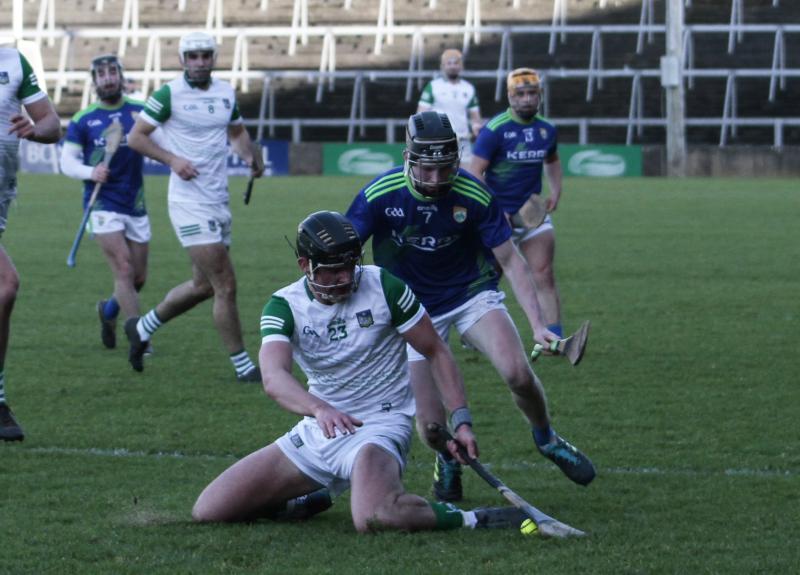 AN EMPHATIC victory for the Limerick senior hurlers to start 2022 with a big 30-point margin to spare over Kerry in the Co-Op Superstores Munster Hurling Cup.

The win sets up a final against Clare next weekend in the early season provincial competition.

Lining out with just captain for the day Barry Nash from their All-Ireland final starting team, it took Limerick just nine seconds to open their account through Cathal O'Neill and they never looked back.

Shane Nolan did level the tie in response but then came seven successive scores for Limerick to ease clear in a period when Mark Quinlan was forced off injured and Paddy O'Loughlin was introduced to mark his return after a year out.

O'Neill, Oisin O'Reilly and David Reidy all had points before Pat Ryan goaled in the 13th minute.

It was a fine goal - started in the full back line and when midfielder Brian O'Grady played possession in front of Ryan, who turned to find the net and secure a 1-5 to 0-1 lead.

By the first half water break Limerick were 1-8 to 0-2 ahead in front of a sold out crowd of 5,000, which was reduced due to current Covid-19 restrictions.

Pat Ryan almost had a second goal on the restart but goalkeeper Martin Stackpoole saved.

Cathal O'Neill also had a glimpse of goal but crashed over the bar for one of his tally of four first half points.

When Colin Coughlan and Brian O'Grady got on the scoresheet, it was a 1-14 to 0-4 lead for Limerick and 27-minutes played.

Limerick native Paudie Ahern had a Kerry point in the 28th minute but the home side finished on top with Coughlan, Ryan and Reidy all with scores for a 15-point half time lead.

Limerick opened the new half with three successive points - two for midfielder O'Grady.

Eoin Ross had a Kerry point but then on seven minutes came the second Limerick goal when David Reidy caught all off guard when drilling a 21-metre free low to the net for a 2-21 to 0-7 advantage.

In the final quarter, Limerick eased to the win with a second Pat Ryan goal coming five minutes from full time.