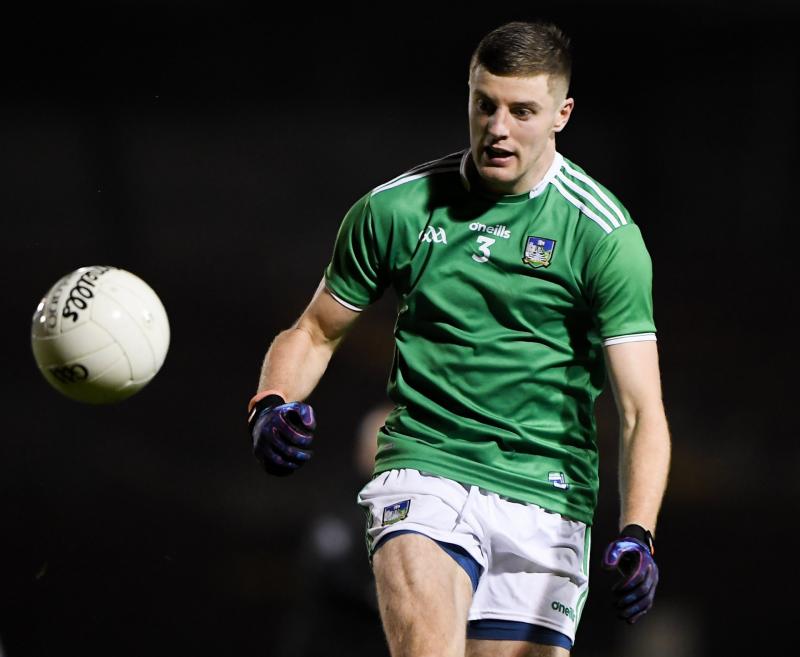 THE Limerick footballers have to plan for the 2022 season without key defender Brian Fanning.

The Pallasgreen man has informed Billy Lee and his management team that he isn’t in a position to commit to inter-county GAA this year.

Full back Fanning has been a key part of the Limerick senior football defence for the last seven seasons, since his championship debut against Tyrone in the 2015 All-Ireland SFC Qualifiers.

There are varying reasons for the absence of the eight – six of who have played championship football in recent season.

Limerick now turn attentions to their seven game Division Three campaign in the Allianz League – commencing against Longford in the TUS Gaelic Grounds on Saturday January 29.

"I'm happy with the panel this year. We are always going to lose players every year, that's just something we've got to accept,” said Limerick manager Billy Lee.

"We've got to help lads understand that when you play inter-county football there is a lot more to get out of it than winning medals. It is about what is going to help you as an individual, and as a player you want to challenge yourself against the best. If you have any ambition, what you do on the sporting field reflects what you are going to do in life,” said Lee, who now in his sixth year as manager.