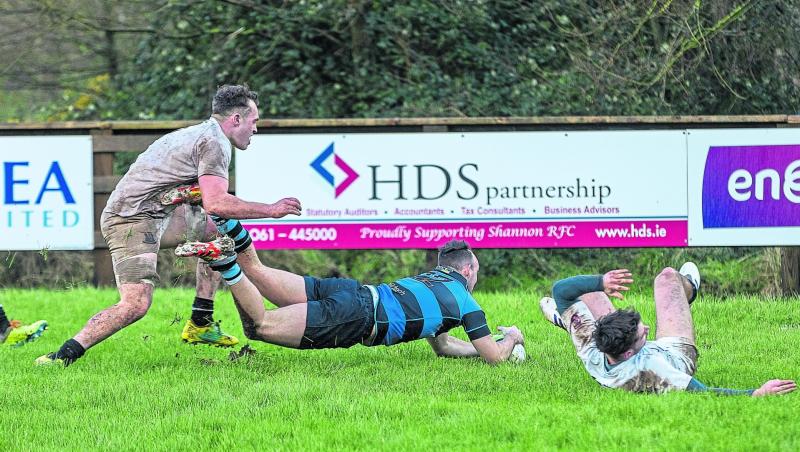 YOUNG Munster are set to take on Lansdowne in the final of the Bateman Cup next month.

Munsters' semi-final fixture meeting with Connacht representatives Ballina, scheduled to take place at Clifford Park on Saturday last, was called off due to Covid safety issues in the Mayo side's squad.

The IRFU Rugby Committee awarded the game to Munster Senior Cup holders Young Munster who will now take on fellow Energia Energy All-Ireland League Divison 1A side Lansdowne in the Bateman Cup final on Saturday, February 12 at a venue to be confirmed.

Lansdowne defeated City of Armagh 22-7 in their Bateman Cup semi-final fixture at the Palace Grounds on Saturday.

It was Munsters' eighth Munster Senior Cup title and the Greenfields' club' first success in the decider in 11 years.

Meanwhile, in the Bank of Ireland Munster Senior Challenge Plate decider, on Saturday at Coonagh, Shannon suffered a 35-14 defeat to Cork Constitution. Shannon scored two tries in the game through Paul Curtis and Diarmuid Dennehy. John O'Sullivan converted the tries.

The Energia All-Ireland League resumes on Saturday next. In Division 1A, Young Munster host UCD at Clifford Park, while Garryowen travel to Castle Avenue to face Clontarf. In Division 1B, Shannon travel to Cork to face Highfield.

In 2A, UL-Bohemain host Old Crescent in a crucial Limerick derby at UL North Campus on Friday night, 7.30pm. In Division 2C on Saturday, Bruff are away to Sundays Well.

In the Energia Women's All-Ireland Cup, UL-Bohemian have advanced to the semi-finals after being awarded their Covid-19 affected quarter-final fixture with Cooke at UL Arena which was cancelled.