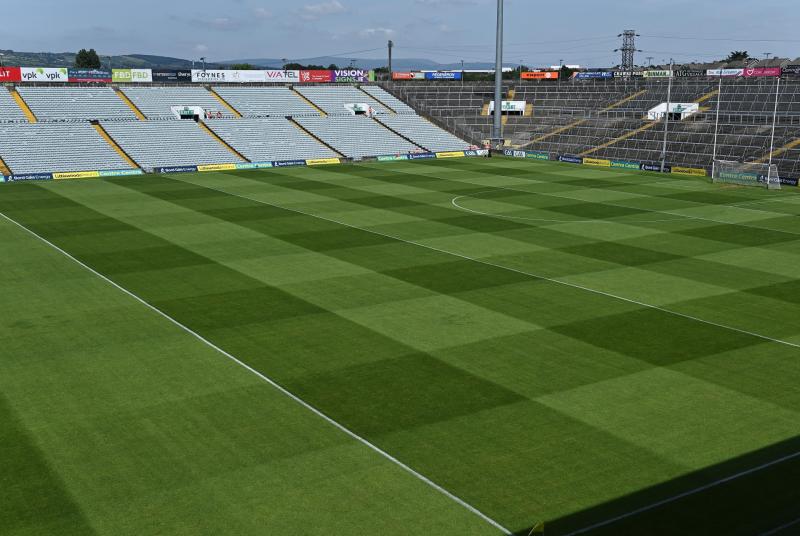 LIMERICK'S TUS Gaelic Grounds is to close for a spell next Summer to resurface the Ennis Road playing pitch.

The work's wont commence until after the inter-county championships.

"With the new structure of the championship, it will lead to pressure to ensure the venue will be at it best when required for the championship games next April/May. It will be proposed following discussions the pitch will receive a makeover in the Summer replacing the current meadow grass with a hardier rye grass," outlined Limerick GAA secretary Mike O'Riordan in his report to Annual Convention.

"It also proposed to develop a new gym in the Caherdavin End Terrace," he said.

Limerick GAA reports a profit of €260,000 in their end of year accounts

"With LIT and Athlone IT acquiring university status both entities have rebranded under the name of the TUS MM. The stadium name has now been also rebranded as the TUS Gaelic Grounds. The Ennis Rd venue held the college conferring’s in November where up to 9000 students were conferred over two days at four hostings. The team at the TUS transformed the stadium with a stage and ancillary works that looked fantastic. Future events are planned for the facility. Discussions are ongoing with TUS on developing the relationship further with ourselves and future projects are being investigated at present," explained the Limerick GAA Secretary.

While large scale inter-county action was curtailed in the TUS Gaelic Grounds in 2021, one welcome venture was the hosting of Limerick Camogie and Ladies Football clubs finals in the county GAA grounds.

"We were delighted to host the county final days in both Camogie and Ladies Football in November, at no cost to either organisation, and we look forward to hosting future games in each code at the TUS Gaelic Grounds," detailed O'Riordan.