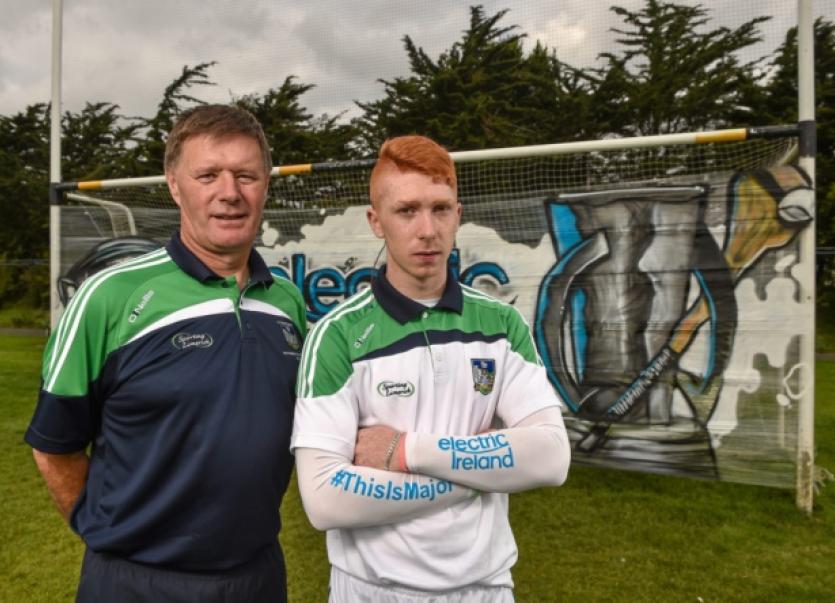 AT the Annual Convention of Limerick GAA in December 2011, chairman Liam Lenihan declared that a newly formed underage hurling committee would “change the face of Limerick hurling”.

AT the Annual Convention of Limerick GAA in December 2011, chairman Liam Lenihan declared that a newly formed underage hurling committee would “change the face of Limerick hurling”.

This Sunday Limerick stand 60 minutes away from just a fourth ever Irish Press Cup.

The plan that the chairman spoke of just before the Christmas of 2011 was the follow-on to ‘Lifting the Treaty’.

Newly sourced funding from Gerry McManus had seen the formation of a new Monitoring Committee for the underage county sides. Joe McKenna, Eibhear O’Dea and Mike O’Riordan were all involved and remain so.

Their remit was to “co-ordinate in a professional manner from U-10 to U-19”.

Both structures have played their part in ensuring Limerick’s underage academy structures are working as smoothly as they are in the present day.

Without both initiatives it is unlikely Limerick would be in Sunday’s Croke Park showpiece.

But of course much more was required.

Officials, coaches, parents and players have all bought into the academy structures and endless hours of travel and training later, Limerick stand on the brink of ending a 30-year wait for glory.

Hand-in-hand with inter-county improvements came strides at secondary school level with Ardscoil Ris leading the way for others like Doon and Castletroy College.

All-in-all the bar was raised for aspiring young hurlers and to be fair the teenagers have responded to the new expectations.

Sunday’s panel of 34-players can be traced back to the All-Ireland U-16 winning side of two years ago.

Pretty much since the Joe Quaid led side lifted that silverware for the first time, this crop of youngsters have been spoken about in glowing terms.

But they have grown in the two years under the guidance of an extremely professional and experienced management. There is many a county senior side would be happy with the current Limerick minor backroom team. Jerry Wallace, Aonghus O’Brien and Andy Murphy are those who carry whistles on the training field and they are supplemented by the selection team of manager Brian Ryan, Eamonn Cregan and Steve McDonogh.

Winning the Munster title last year gave all the confidence to push forward and manager Brian Ryan has not been shy of declaring that All-Ireland honours were the 2015 target and nothing else.

But what a route to glory for Limerick.

Tipperary, Cork and defending champions Waterford was as difficult a Munster title as possible.

Then came Galway in a semi-final rematch.

What is certain after these games, Limerick are ready for the All-Ireland final.

Many have worried if Limerick will be able to ‘handle the occasion.’

Hopefully they will and why not, they have been to Croke Park in successive years, many won two Munster final replays, some Harty Cup titles and they have been exposed to the most detailed preparations imaginable.

Brian Ryan has often spoken of his team evolving and it certainly has.

Indeed Limerick arrive into Croke Park without a settled team but to-date this appears to have worked in their favour.

Eoghan McNamara in goals have done what was asked of him.

In front of him Sean Finn will need to be sharp alongside 2014 newcomer Paddy O’Loughlin.

Kilkenny will have dangermen in the inside line of attack and cutting off the supply line will be best form of defence against Blanchfield and colleagues.

Andrew La Touche Cosgrave and Colin Ryan in the half back line can ensure Limerick are on the forward foot rather than retreating towards their own line.

In Midfield, captain Cian Lynch and Robbie Hanley will need to carry upon every ounce of energy in their bodies just as they did in the semi-final.

It’s in attack they Limerick appears strongest with free-scoring forwards in all sectors. Since the turn of the millennium just one team have won honours without a goal and finding the net is a must.

Ronan Lynch, Tom Morrissey and Barry Nash are vastly experienced minors and this trio can lay the foundations for victory.

So everything is ready... perform to their best and Limerick will be champions.