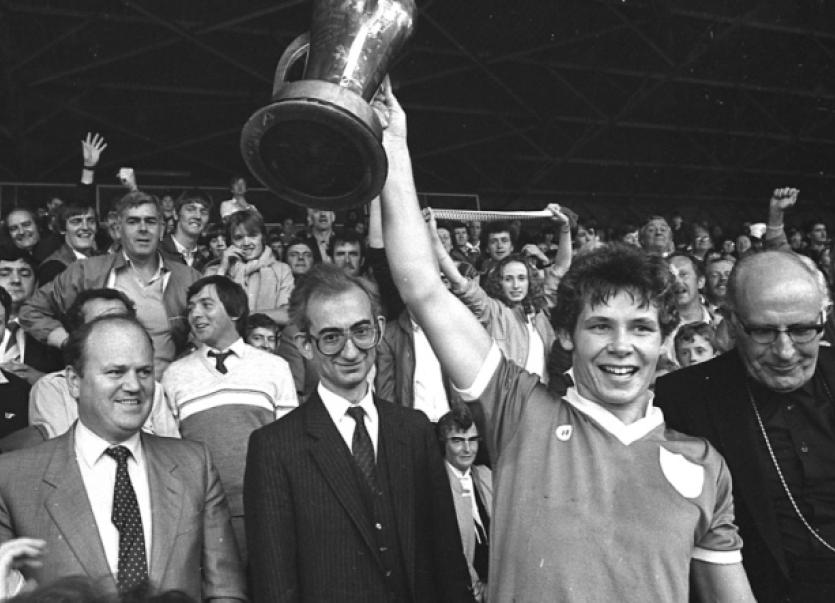 The Limerick minor hurlers haven’t won an All Ireland title since 1984 - Joel Slattery looks at the teams that have tried every year since.

The Limerick minor hurlers haven’t won an All Ireland title since 1984 - Joel Slattery looks at the teams that have tried every year since.

It has been 30 long years since Limerick last claimed the All-Ireland Minor Hurling Championship title. Since then, they have competed in six Munsters finals, losing the first four before winning the competition in each of the last two years.

Below, is a detailed account of how the Limerick minor teams have fared in the last 30 years since the Irish Press Cup last resided Shannonside.

A year that is remembered for the Hawkeye controversy when Barry Nash’s clear point was given wide, it is easy to forget that Limerick were Munster champions last year.

It was Limerick’s first provincial crown since 1984 (when they won the All-Ireland) and completed the senior/minor double in a historic year for Limerick hurling.

It was also the third year in a row that Limerick were knocked out of the minor Championship in extra time.

Eleven points from Ronan Lynch saw Limerick defeat Cork for the second year in a row in the first round by a single point on a 0-16 to 1-12 scoreline.

However, their year was ended in Ennis when they lost to Clare after extra time. Ronan Lynch and Barry O’Connell raised green flags for Limerick.

Dowling starred in the win on the day Andrew O’Shaughnessy retired from inter-county hurling to put up his hand as a potential replacement for the Kilmallock sharpshooter.

Limerick were defeated by Waterford 4-17 to 3-15 in the semi-final despite falling 12 points behind inside 10 minutes.

Limerick were beaten by Clare in the Gaelic Grounds by just two points after beating Kerry.

Alan Dempsey, Declan Hannon, Shane Dowling and Thomas Ryan have all progressed from this team to the senior ranks.

Limerick lost both of their games in 2009, both of which were played at home.

In the first round they were comprehensively beaten by Tipp before losing by two points to Waterford conceding four goals.

Senior players Declan Hannon and Kevin Downes were on this team and Shane Dowling was a half time substitute.

A Graeme Mulcahy goal was not enough for Limerick in their 2008 tie against Cork.

The Rebels ran out comfortable winners on a 0-23 to 1-11 scoreline.

Cork went on to beat Tipperary by a point in the final before losing in the All-Ireland semi-final.

Limerick were hammered by defending All-Ireland champions Tipp in the Gaelic Grounds.

Tipp dominated throughout leading by 11 at the change of ends before securing a 3-21 to 0-12 victory.

Paul Browne, Nickie Quaid, Graeme Mulcahy and Seanie Tobin were all on that Limerick team.

Limerick were well beaten by Cork on the Ennis Road before beating Clare by five points in a play-off to reach the semi-final.

Tipperary proved too strong for Limerick on a 2-23 to 3-8 scoreline in Semple Stadium to reach the final with Cork.

Limerick’s last appearence in the All-Ireland final. After losing in the Munster final to Cork, Limerick went through the back door to reach the Croke Park final, courtesy of victories over Antrim and Dublin.

A facile 4-24 to 0-2 point victory over Kerry opened up Limerick’s campaign.

However, it would ultimately end in dissapointmnet in the next round as they were beaten by Cork 2-9 to 0-13.

Interestingly, Gavin O’Mahony played in goals for this team, many of whom would be part of the side who would reach the All-Ireland final the next year.

Goals from Patrick Kirby and Roger Ryan (2) saw a Limerick side backboned by players from Doon and Dromin-Athlacca see off the Kerry challenge in the opening round.

Unfortunatley, this would be the high point of the 2003 season for Limerick.

Limerick were beaten by a late William Ryan point in hard fought battle in Kilmallock.

Knockainey’s Patrick Kirby scoerd nine points for his side but this wasn’t enough to get his side over the line as Tipp ran out 1-13 to 1-12 winners.

2001 was in all a good year for Limerick hurling with the U-21s and Seniors having very good campaigns.

However, the minors didn’t have the same success losing out to Cork. The Rebels had a player sent off in the second minute but ran out 2-15 to 1-11 winners with Setanta O hAilpin scoring 1-2 for his side.

Limerick were beaten by Cork in the Munster final. This was Limerick’s first appearence in the provincial final in nine years.

The final was played in Thurles and Limerick were comprehensively defeated on a 2-19 to 1-10 scoreline.

Limerick got to the final courtesy of a replayed victory over Tipperary where an Andrew O’Shaughnessy goal helped them to a 1-12 to 0-13 win.

Limerick beat Waterford 2-12 to 1-12 in the first round, despite the best efforts of John Mullane.

The Brian Finn managed Limerick side were defeated by Tipperary in the semi-final with the Premier men going onto win the last Provincial title of the 20th century.

This would be Limerick’s eighth consecutive season missing out on a Provincial final.

However, a number of these players would go on to play a key role with the three-in-a-row All-Ireland U-21 winners at the start of the new millenium

Limerick were beaten 1-15 to 0-13 in the provincial semi-final by eventual Munster champions Tipperary.

Limerick were well and truly hammered by Tipperary in theor opening match. The Premier County were more than full value for their 2-14 to 0-5 win where Limerick failed to score from play throughout the hour.

This was another lost year for the Limerick minors as they lost 2-14 to 1-3 to Cork, who went on to win that year’s All Ireland final.

Damien Cosgrave, cousin of current minor star Andrew, was a part of this team as was Dave Ryan, brother of Limerick senior manager, TJ.

While Limerick had a good campaign in the senior Championship in ‘94 the minors that enjoy much success loaing out to Cork.

Barry Foley would would score one of Limerick’s most famous points in 2001 played in this team.

Adare legend Mark Foley and current Ahane selector Clem Smith were a part of this Limerick side.

Mitchelstown was the venue where Limerick met old rivals Tipperary.

An early Tipp goal proved decisive as the Premier County squeezed past Limerick on a 1-7 to 0-9 scoreline in poor playing conditions.

The sides were level with 10 minutes to go put Tipp pushed on to reach the next round.

Limerick were well beaten by Tipperary in the Munster final in Cork.

The Premier men ran out 4-7 to 1-5 in the curtain raiser to the memorable draw between Tipp and Cork in the Senior game.

This was Limerick’s second final defeat in three years.

Three goals inthe second period of extra time were too much for the Deice to handle. Limerick failed to reach the Munster final this year, however.

Limerick’s first appearence in the Munster final since winning the Irish Press Cup saw them edged out by Clare 2-13 to 2-12.

Limerick defeated Tipperary by two ppoints in the semi-final to reach this stage.

This was to be another poor year for Limerick. The Treaty county were well beaten 4-10 to 2-4 by old foes Tipperary.

John Fitzgibbon was the bright light on that Limerick team scoring both their goals.

Limerick were knocked out of the Munster Championship by Tipperary but not before defeating Waterford.

Limerick won that game by eight points, 2-13 to 2-5, with a team that included Ciaran Carey, Mike Houlihan and Pat Heffernan.

Limerick made a bright start in their efforts to defend their Munster title hammering Waterford 3-16 to 2-3, despite conceding two goals in the first five minutes.

However, Cork would beat the Shannonsiders in the next game to de-throne the Munster and All-Ireland champions.