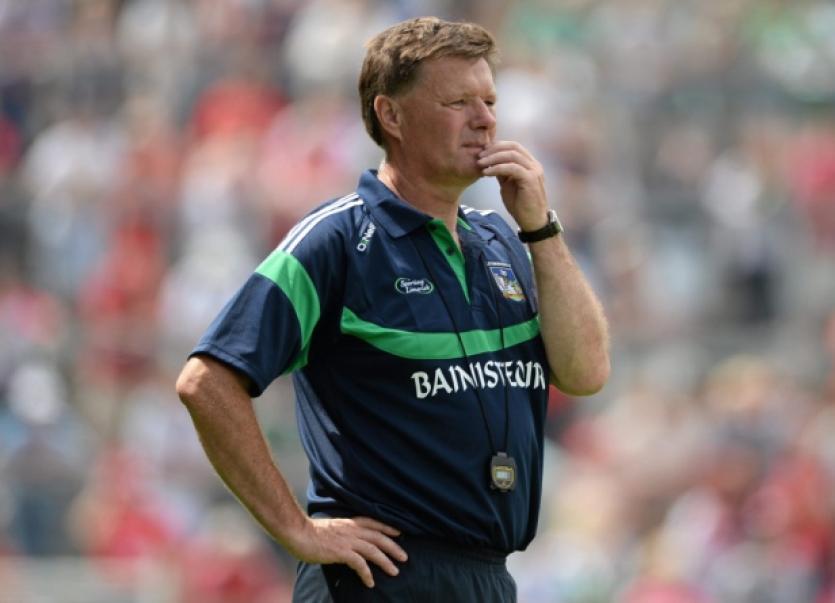 LIMERICK minor hurling manager, Brian Ryan believes the additional outing his side enjoyed in the replayed Munster final will stand to his charges in Sunday’s All-Ireland minor semi-final showdown with Galway.

LIMERICK minor hurling manager, Brian Ryan believes the additional outing his side enjoyed in the replayed Munster final will stand to his charges in Sunday’s All-Ireland minor semi-final showdown with Galway.

Limerick - who won their first provincial title in the U-18 grade in 29 years last month - will be looking to book an All-Ireland final meeting with Waterford on September 8.

Sunday’s minor semi-final clash between Limerick and Galway, which is a repeat of the 2005 final, throws-in at 1.30pm.

The Shannonsiders have already defeated Waterford in their replayed Munster final at Semple Stadium.

Traditionally Munster champions would have a five week break between their provincial decider and an All-Ireland semi-final.

However, because Limerick’s Munster final meeting with the Deise went to a replay, the break between competitive games is significantly shorter.

Brian Ryan said: “It is an advantage to us that the break to the semi-final has been shortened by the fact that the Munster final went to a replay.

“Five weeks would have been a long gap to try and fill. While you can do it with challenge games, it is ideal to have a shorter break.

“At the same time, we have just played Galway once after the exams. It is hard to know what hand of cards they were playing the same day.

“We saw them against Laois in the quarter-final. Laois were probably a bit unlucky not to drive on a bit from that game.

“But Galway were the better team at the end of the day. They won by seven or eight points, pulling up really.

“Any Galway team that goes to an All-Ireland semi-final prepared by Mattie Murphy will be well-drilled and well-prepared.

“I have no doubt they have done their homework on us, Unfortunately, we haven’t had the same opportunity to do the homework on them.

“I am aware that Cyril Farrell and Mattie Murphy were at most of our games.

“I have no doubt that they will tweak their team to match ours. But our job is to stay a step ahead of them and tweak it again.”

Manager Ryan is hoping the county’s supporters will arrive at Croke Park early on Sunday in order to support his charges in Sunday’s game.

The Limerick senior side will lock horns with neighbours Clare in their senior semi-final meeting at Croke Park this Sunday at 3.30pm.

Brian Ryan said: “It would be great if as much Limerick support as possible arrived in for the first game. It is not that often that two Limerick sides are involved in All-Ireland semi-finals.

“Good support is vital. They are literally the sixteenth man. They were in Thurles the last night.

“The seniors have taken a lot of the limelight off our lads and it suits us. We have stayed just under the radar.

“We are doing our work, concentrating on ourselves and what we have to do. It is suiting us quite nicely.

“Winning the Munster title was super. It was great to get the hoodoo of the 29 years off our backs.

“We have parked that now and moved on and are in full preparation for the All-Ireland semi-final.”