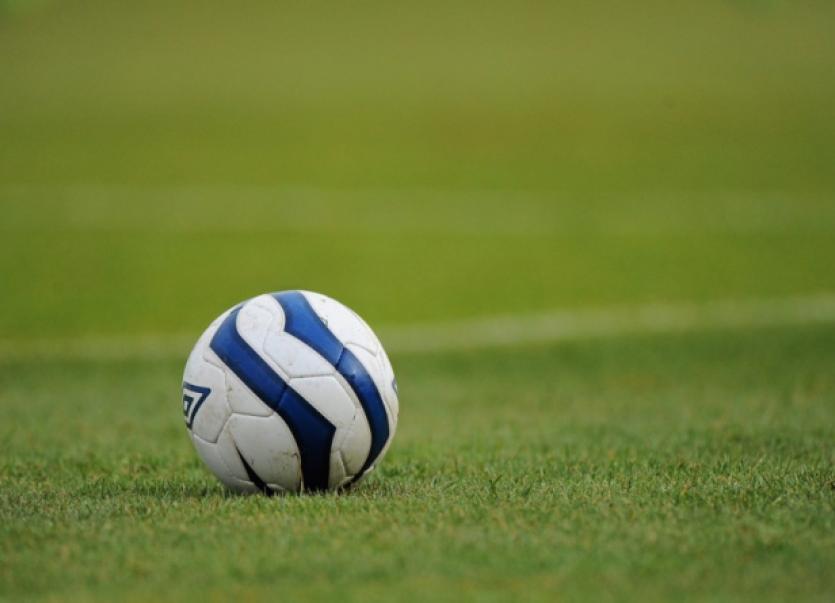 There was Premier League, Munster Junior Cup and Tuohy Cup action over the last week and here is a roundup of all the matches.

There was Premier League, Munster Junior Cup and Tuohy Cup action over the last week and here is a roundup of all the matches.

Carew Park went top of the Premier League thanks to a 1-0 win over Ballynanty Rovers. Tom Culhane’s header in the first half proving to be the winner for Carew.

Garbhan Coughlan fired home four goals as Regional Utd had an easy 5-0 victory against Aisling Annacotty. Paudie Walsh opened the scoring in a first half where Coughlan also bagged a hat trick. The striker was restricted to just one more goal in the second half to take his season tally to 14.

Pike Rovers returned to form by beating Geraldines 4-0 in Sunday’s Munster Junior Cup game in Garryowen. Two goals from Cian Collins and one each from Wayne Colbert and Steve McGann ensured Pike’s safe passage to the next round.

Mungret Regional had a 3-1 win against near neighbours St Pats to set up a third round tie against the winners of Moyross v Knockainey. Byron Fitzgerald opened the scoring for Mungret but Paul O’Brien levelled for St Pats. Mungret were not to be deterred however and goals from Keith McNicholas and Fitzgerald’s second saw them through.

Hill Celtic had a 5-3 win over Geraldines B to end the Garryowen club’s interest in the Munster Junior Cup. Two goals from David Sheehan and one each from Dylan Robinson, Dean Mitchell and Kamil Krayczch scored for Hill Celtic. David Crowe and two from Evan Bourke accounted for the Dines’ goals.

Aisling Annacotty B caused a bit of an upset with a 3-2 win over Granville Rangers. Evan Quinlivan, Barry Madden and Damien Collins put Aisling three goals to the good before Dale McNamara’s two strikes put Granville back in the game. However, they could not complete the comeback and Aisling qualify for the next round.

Nenagh AFC continued their impressive start to the season with a 6-0 win away against Dromore Celtic. Two goals from Ryan Gilmartin and one each from Roy Creagh, Brian McGee, Francis Munsterburg and Mike O’Gorman saw Nenagh through to play Aisling Annacotty B in the next round.

Holycross made in eight wins on the spin with a 6-1 win against Glenview in the Munster Junior Cup. Two goals apiece from Pappy Kelly and Tony Burke as well as one each from Thomas Keane and Jonathan Cosgrove accounted for Holycross’s goals. Sean Keane replied for Glenview.

Caherconlish had a win on penalties against Division 3A opposition Castle Utd. Dave Corbett scored twice for Caherconlish. Utd fought hard and sent the game to extra time but it was Caherconlish that made it through to the next round.

Mungret Regional overcame Aisling Annacotty on penalties in an entertaining Tuohy Cup game. Mungret had gone three nil up thanks to Dan Clancy, Keith McNicholas and Ger Bourke. Mungret missed a host of chances to extend their lead and were made to pay for not adding to their lead. Jimmy Fyffe got what looked to be a consolation with five minutes remaining. In the 90th minute, Aisling’s star striker Keith Mawdsley pounced on a James Roche mistake to get Aisling’s second. Deep into injury time Darren Stokes got the leveller and the game went to extra time and then penalties where Mungret held their nerve to go through.

Janesboro started a busy week by beating Moyross 3-0 in the Tuohy Cup last Monday. Two goals from the in form Aaron Nunan set up the win for the Boro. Shane Clarke got Janesboro’s other goal.

The Boro also qualified for the semi-finals of the Munster Champions Cup after accounting for Tralee Dynamos 4-0 on Sunday. It was sweet revenge for a Janesboro side that were knocked out of last season’s Munster Junior Cup by their Kerry opponents. Shane Clarke hit two first half goals while Aaron Nunan and debutant Oisin McMenamin accounted for the other goals. They now play west Cork side Drinagh Rangers in the semi-final.