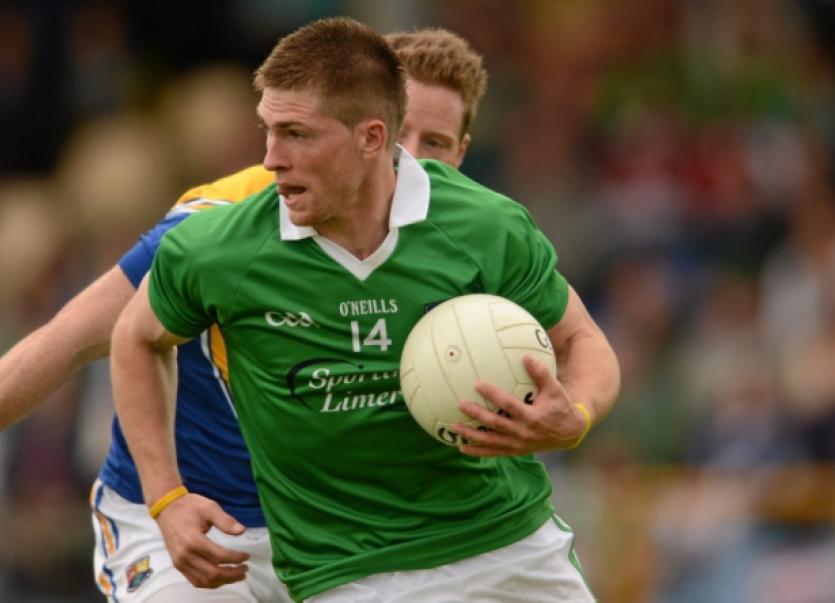 THE Limerick junior footballers have finalised their team for Saturday’s Munster JFC tie with Clare.

THE Limerick junior footballers have finalised their team for Saturday’s Munster JFC tie with Clare.

The curtain-raier to the main action in Cusack Park in Ennis has a 5.00 start as Limerick look to build upon 2014 when they defeated Tipperary before losing to Cork.Diarmuid Sheehy and Moss McCarthy remain at the helm and this season has seen the junior set-up work even closer with the extended senior panel.

While preparations haven’t been prolonged, four played League football this Spring and another six have previous inter-county senior experience.

The likes of Seamus O’Carroll, Sean Barrett, Jason Mullins and David Ward are all part of the senior panel but made available to the juniors for Saturday.

On top of that are Mike Sheehan and Eoin Hogan, who were all involved with Limerick under Maurice Horan’s reign.

“There is a bit of belief there but it is hard to put a junior team together because we really won’t know what way the team will line out until a couple of days from it but there are some great footballers in Limerick so it’s a matter of getting them right,” said Moss McCarthy.

““It’s very competitive and other counties use it as a springboard to get on the senior team and I don’t see why Limerick can’t do that. Just pick the Limerick senior club championship and it is reasonably competitive and we have a reasonably good junior and intermediate set-up. This year we are trying to focus on more younger players to get them into the senior set-up and the more they are exposed to that the better junior team you will get,” he explained.

“Clare football is very strong. Cratloe senior footballers fancy their chances in Munster and Cratloe wouldn’t be streets ahead of any other Clare senior team so Clare football is strong. I wouldn’t be going in there with anything but aspirations that this is going to be a 50-50 game - it’s a big challenge,” said McCarthy.

Saturday’s winner will face Cork in the semi final on June 14 in Pairc Ui Rinn.