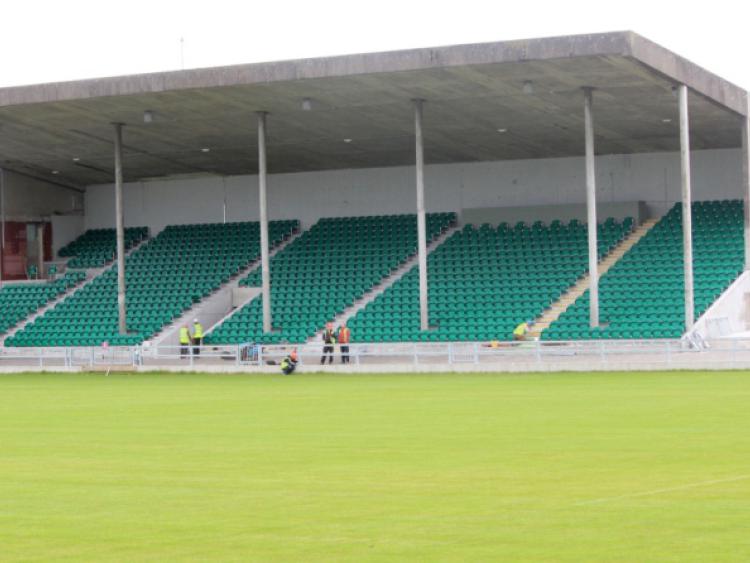 HISTORY will be made at the Markets Field on October 10 and 12 when the newly renovated venue hosts two U-19 international fixtures.

HISTORY will be made at the Markets Field on October 10 and 12 when the newly renovated venue hosts two U-19 international fixtures.

The Republic of Ireland U-19 side will take on the Ukraine in two friendly fixtures on Saturday, October 10 at 5pm and also on Monday, October 12 at 5pm.

Today’s announcement is as a major vote of confidence in the newly redeveloped venue, which is a Category 2 UEFA stadium with a capacity of 3,075.

In a statement, the Limerick Enterprise Development Partnership (LEDP), who own and operate the stadium expressed their delight at confirmation of the two international fixtures in October.

The statement read: “It confirms our work in creating a top class UEFA category 2 stadium with a playing surface and facilities capable of operating to the highest standards”.

“We absolutely welcome this development as a recognition of all the work and investment that has gone in from so many people, organisations and statutory bodies over the past few years” they said.

Ticket details for the two Republic of Ireland v Ukraine fixtures will be announced closer to the dates.

In August 1980 an U-18 and full Women’s International against Northern Ireland were played in the Markets Field on the same day. These were notable for the inclusion of Grace Best, a sister of George Best on the team.

Prior to that, the only one other full international recorded at the venue was another Women’s International game in 1974.

The earliest recorded soccer game in the Markets Field was in 1891. The ground at that time was already the home of Garryowen FC.