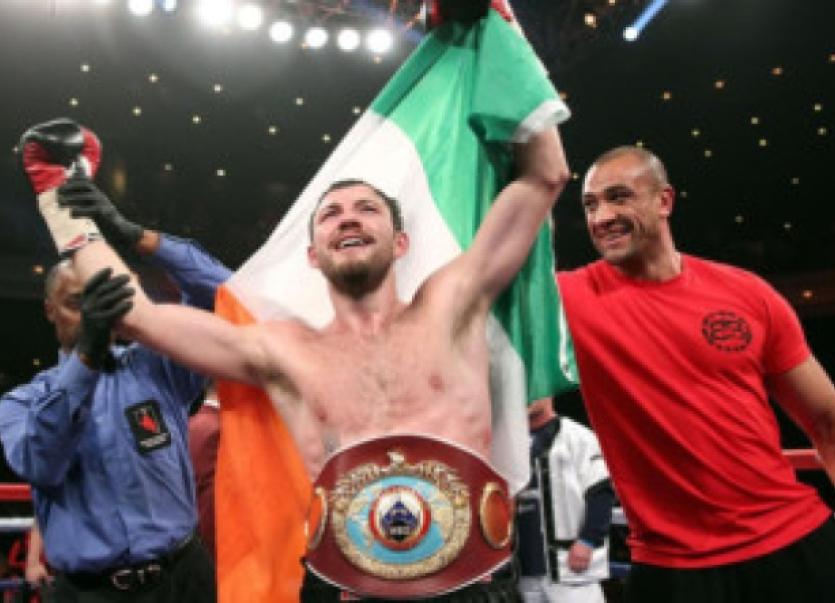 ANDY Lee fights in New York in the early hours of Sunday morning. Jerome O’Connell looks back at the career of the Limerick man.

ANDY Lee fights in New York in the early hours of Sunday morning. Jerome O’Connell looks back at the career of the Limerick man.

Two years later Lee, now as one of the first members of the Irish Amateur Boxing Association’s high performance unit and guiding by St Francis BC coaches Ken Moore and Finbarr O’Brien, was the only Irish boxer in the Athens Olympics.

The famed US boxing coach courted Lee since late 2002.

In December 2004, Lee travelled to Las Vegas as a guest of Steward’s at the WBC World heavyweight title fight between Danny Williams and Vitali Klitschko.

It took another year but on December 15, 2005 Andy signed professional contracts with Steward.

After an amateur career that brought a world junior silver medal, a European bronze, three national senior titles and an Olympic Games appearance, Lee departed St Francis BC for the famed Kronk Gym of Detroit.

His professional debut came on March 10, 2006, in the Joe Louis Arena in Detroit.

But after 15 undefeated bouts, Lee tasted defeat in March 2007 to Brian Vera.

That July, however, Lee started to rebuild his career with victory over Willie Gibbs in UL.

Six fights later, Vera was still a blot on Lee’s record but revenge came on October 1, 2011. By that stage Lee had fought 27 times with Vera the only defeat.

Defeat was ultimately Lee’s lot. But for fans of the Limerick man there is much about Chavez Jnr that remains uncertain.

It was to be the last fight for the Lee and Steward combination with the death of the famed Kronk coach five months later.

After this Lee turned to Adam Booth. But in the early years of the partnership there were just sporadic fights.

Then it appeared he was to get his big chance to face Gennady Golovkin in April but Golovkin had to cancel after the death of his father.

Next up for Andy was the John Jackson fight when a right hook ended the contest.

That right hook was to see Lee crowned world champion.

At 4.29am in the early hours of Sunday, December 14, the people of Ireland had a new sporting hero when Matt Korobov was felled.