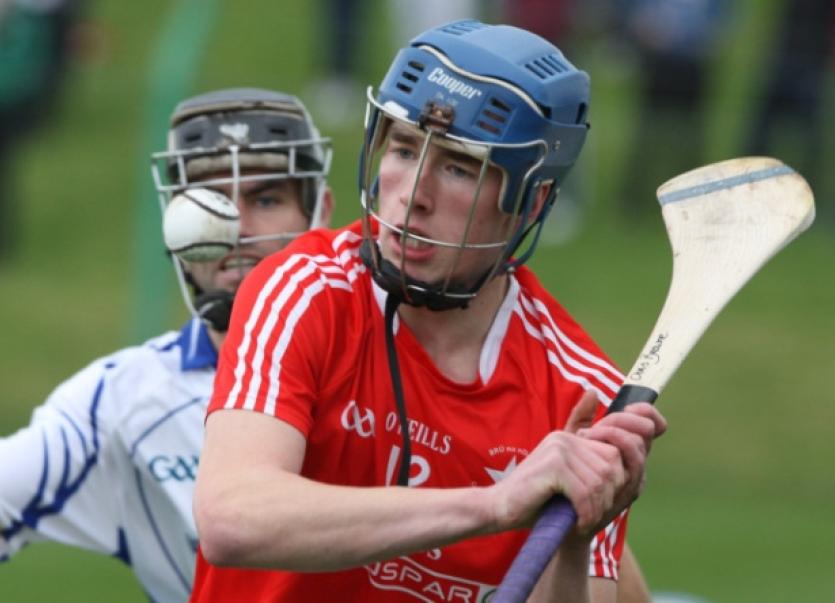 Standing in their way are Waterford champions Cappoquin, who they play in Mallow this Saturday at 2.00.

Both sides had tough away games in their respective semi-finals so go into the provincial decider with a lot of confidence.

Bruff went to Tralee and beat Kerry’s SHC champions Lixnaw by three points. The Ciaran Carey managed side from the Kingdom had previously beaten Cork winners Ballyhea so had proven their quality going into the game with Bruff.

Gary Kirby’s troops will be looking to match the achievement of another south Limerick team, Effin, in 2011, in winning this competition.

Cappoquin beat Feakle of Clare by a point, 1-14 to 0-16, in the other semi-final in a game played in Sixmilebridge.

The west Waterford side trailed by 0-10 to 0-5 at the break, but a strong second half performance saw the Deise men through to the provincial decider.

Key to the Waterford side is Shane O’Rourke, who scored 11 points in their semi-final in Clare. O’Rourke, who takes the frees for Cappoquin, scored 12 points, including four from play, in his side’s county final victory over St Saviours in Fraher Field last month.

In Winter conditions free-taking is of grater importance. Scores from play can be hard to come by. However, Bruff are also well equipped in this area.

Shane Bulfin impressed throughout the year on placed balls for Bruff, especially in the knock-out stages in the county championship.

However, they are not fully dependant on Bulfin with the likes of Sean Finn, Paddy O’Leary and Chris Browne all having good campaigns.

Limerick senior hurler Paul Browne is another big player for Bruff in the middle of the field. He will more than likely be partnered in midfield by Tony Burke.

They will be up against Paul and Fionan Murray in the middle of the park and this is a battle Bruff will feel they will have to win if they are to emerge with the win.

This is an area where Bruff dominated in the local championship and the south division side will be looking to control the game again on Saturday.

Bruff will be confidant after winning an extremely competitive Premier IHC which saw the south Limerick side win seven out of their nine matches.

However Cappoquin also negotiated a difficult local championship themselves.

Three wins from four were enough for them to top their group in the West Championship before wins over An Rinn and Ballinameela in the knock-out stages secured the divisional title.

Cappoquin went on to defeat St Saviours in the county final with a 2-19 to 2-11 victory over the east champions.

Leading by a point at the break, Cappoquin outscored Saviours 1-12 to 1-4 in the second half to win the title for the first time in 24 years.

Cappoquin will be looking to make history in becoming the first side from Waterford to win the Munster IHC.

In fact, they become only the second side from the Deise to get to the final in the competitions 12 year history, after Ballyduff Upper were defeated by Cork’s Ballinhassig in 2005.

Limerick clubs have two IHC titles courtesy of Effin (2011) and South Liberties (2009). However, Limerick also have two final defeats with Dromin-Athlacca losing provincial deciders in 2004 and 2007.

Should the sides finish level after the hour, extra time will be played.

The winner will progress to the All-Ireland semi-final which will be played early in the new year.

The bookmakers have Bruff as 1/3 favourites and opponents Cappoquin can be got at 12/5.

O’Donovan Rossa of Antrim, are awaiting the winners after they secured the Ulster title, beating Eoghan Rua from Coleraine by 12 points in October.