It could be 2015 before Limerick FC return to Markets Field 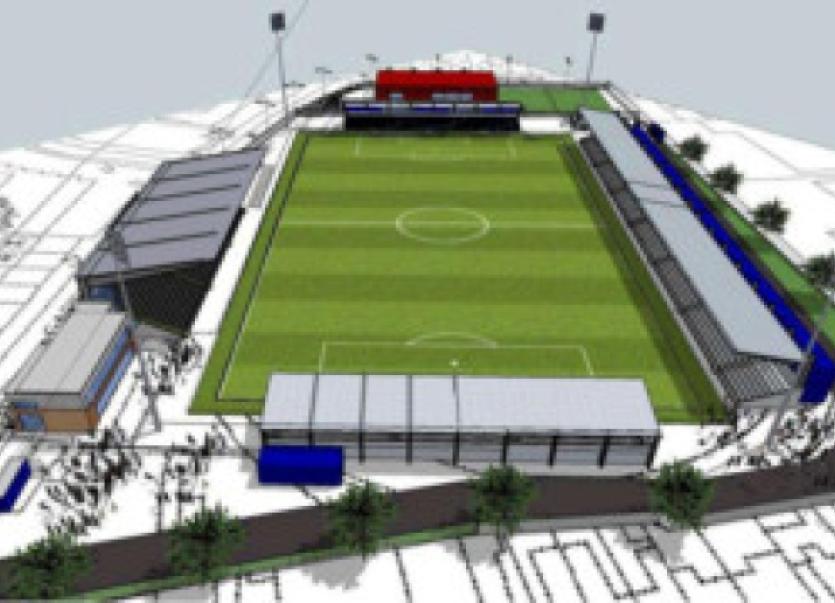 WHILE Limerick FC chiefs favour a return to the Markets Field, it may yet be the start of the 2015 season before the club returns to the famous venue.

WHILE Limerick FC chiefs favour a return to the Markets Field, it may yet be the start of the 2015 season before the club returns to the famous venue.

Limerick FC will play their home fixtures at Thomond Park this season and the club could be back at the rugby venue in 2014 if the planned redevelopment of the Markets Field is not completed by then.

Limerick FC CEO, John O’Sullivan explained that while the club wished to return to the Markets Field, it was crucial that the project - which ultimately involves the development of an 8,100 capacity sports venue - is ‘done properly.’

John O’Sullivan said: “From the Markets Filed point of view, the club aren’t driving that project. The people who are (driving it) are looking to do it properly and that is the most important thing.

“The area around the Markets Field, the VEC that’s there, there are a large number of stakeholders who have to have an input into that process.

“We are very comfortable with Thomond Park. It’s a fantastic stadium. While the Markets Field is the spiritual home of Limerick football and we want to get back there, our main focus is making sure it is done properly.

“We won’t be knocking down the door for anyone to rush things or rush decisions. We are going to be patient about it and it will take as long as it takes. Obviously, from our point of view, the sooner the better, but we are not going to be aggressive about it.”