Limerick’s first All Ireland U-21 hurling title in 1987 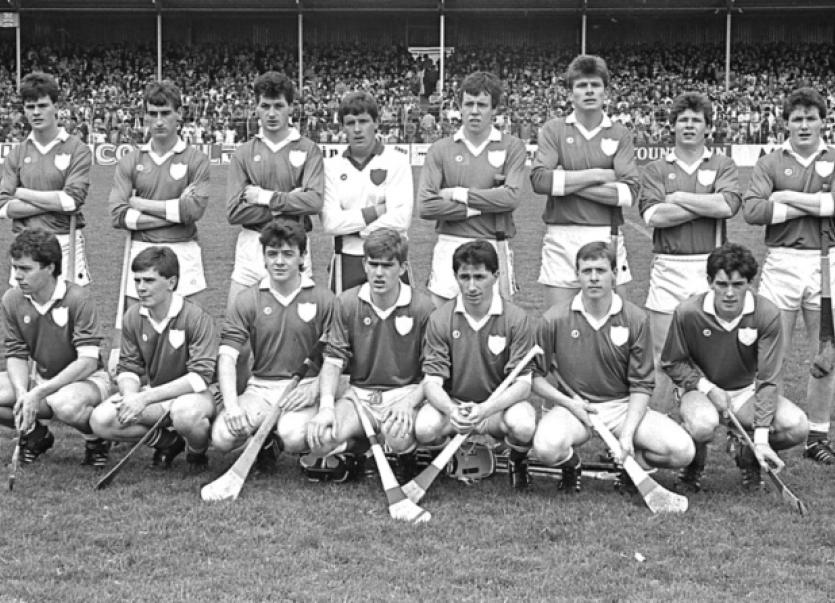 IN the spring of 1984 Limerick CBS team played a ‘rest of Limerick selection’.

IN the spring of 1984 Limerick CBS team played a ‘rest of Limerick selection’.

The game had the dual purpose of preparing the Harty Cup outfit and the Limerick minor hurlers.

“I always remember that game and I just knew there was something in us after that. There was a belief in that group of players that we could beat anyone,” recalled Gus Ryan.

The Claughaun man was to progress from ‘84 to captain Limerick’s first All Ireland U-21 winning side in June of 1987.

By the time they reached Ennis to play champion Galway in the ‘87 All Ireland U-21 final, the Limerick players had won Munster and All Ireland honours and two Munster U-21 titles.

All guided by Phil Bennis.

“We beat Waterford in the first round on a day when it rained and rained,” he recalled of the run to the title.

Tipperary were beaten in the semi final and then Cork in the final - both games were in Bruff.

“I think we pulled off a bit of magic there. We would have done a lot of training out there and we had four Bruff lads in the team and Tom Bulfin was a selector.”

He added: “It was 90% Limerick and when you get a score the crowd would definitely lift.”

After defending their Munster U-21 title, Down were beaten in the All Ireland semi final.

Holders Galway, powered by Michael Connolly, were the final opponents.

11,000 people packed into Cusack Park in Ennis for the decider.

There was no stopping Limerick and they surged to a 2-15 to 3-6 victory.

“We started well - I remember I scored a point in the first minute but the referee disallowed it!”

Ryan recalled the influence of his Claughaun colleague, Leo O’Connor, who hit quick-fire goals in about the 50th minute mark to seal the win.

“Galway were just starting to come back and I remember winning a puckout and flicking the ball over the head of Leo and his marker. When you did that you could turn away because you knew Leo would find the net and he did. A couple of minutes later it was the same and we weren’t going to be beaten,” recalled Ryan.