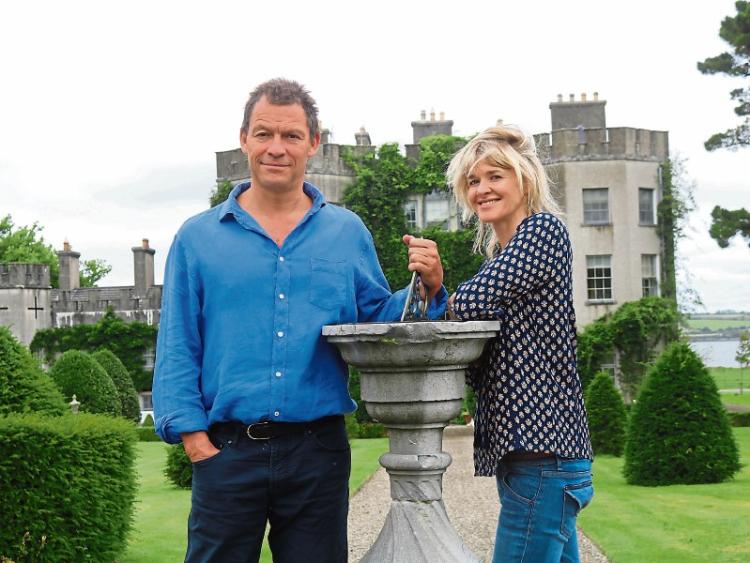 HOLLYWOOD film star Dominic West and his wife Catherine Fitzgerald are hoping to host a major food and plant fair at Glin Castle this summer.

The proposed fair follows on the hugely successful Rare Plant Fair which was held at Glin Castle for the first time last May and which attracted over 5,000 visitors.

“Our main problem is the short lead-in time,” Catherine Fitzgerald, who is a garden designer,  said this Wednesday. “If we can do it all  within the time, we are very keen to go ahead. It would be very much like the plant fair last summer but with more food. We want to showcase local artisans and food producers.”

The Glin Castle Food and Plant Fair is provisionally planned for Sunday, May 24, according to former minister, Jimmy Deenihan, who initially proposed the idea and is helping to co-ordinate the event.

“We launched the Listowel Food Festival with Dominic last year,” Mr Deenihan said. A video clip in which Dominic West featured  got a massive reaction and went viral he explained.

“I mentioned to them that Glin Castle would be a good venue for a fair and they have asked me to head it up for them.”

“We have to work out the logistics of it but I am very hopeful it will go ahead,” Mr Deenihan said in advance of a meeting in Glin this Wednesday. .”We would be planning for 2,000 visitors.”

“It should be very exciting,” he continued. “It is an ideal venue. And there is the great connection with the Fitzgerald family who were associated with food for many centuries especially with fishing on the River Shannon and with a wide variety of fruit and vegetable developed on their farm.”

Mr Deenihan said he hoped West Limerick Food would be involved. The network of chefs, food producers and restaurants met at Glin Castle last year as part of their build up for the launch of the West Limerick Food brand which took place last November.  Significantly, Mr Deenihan pointed out, the brand is promoting itself as Taste the History which fits in well with Glin Castle.

He also hopes the Glin Development Association will be involved  and that Limerick City and County Council will come on board.