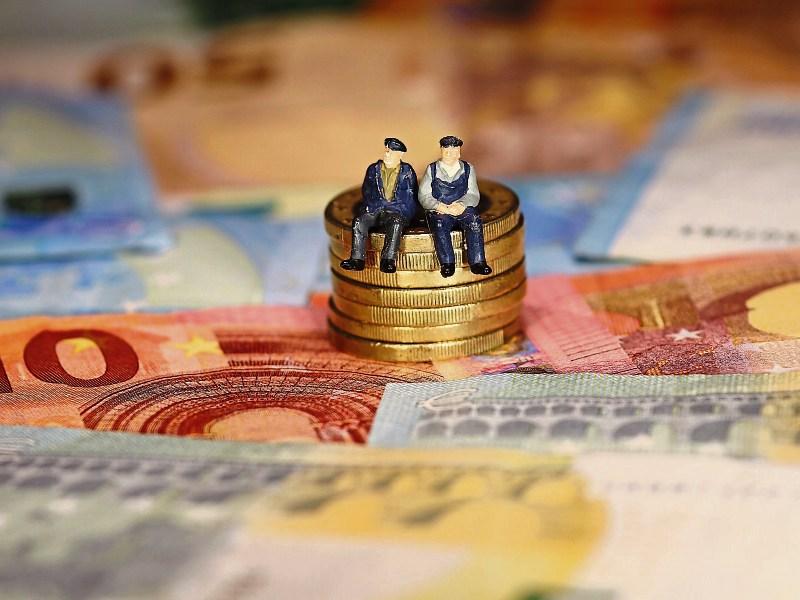 When choosing to leave an existing employer, there are many underlying reasons behind the departure i.e. lack of appreciation, overworked, work is boring and unchallenging, need to relocate, poor relationship with co-workers, lack of career growth etc.

And of course, money is also a factor. It’s always right up there near the top of reasons given. In fact, more money and the promise of more meaningful work are the two biggest reasons, companies lose people.

The conundrum for employers is that money can get an employee to leave but sometimes it’s not enough to make them stay.

When considering an exit and new offer, from a financial perspective, an individual will first look at whether the move and extra income will improve their finances right now. The majority are not leaving or staying for higher pay in the future, so the difference, for example in pension contributions, between employers doesn’t tend to be a deal breaker for them.

And when comparing differing employer pension contributions, I’m not sure people spend as much time as they should, working out what the difference is, and how over time, how much better or worse off they’ll end up.

Instinctively the difference might seem good e.g. I’m getting 8% from my new employer as opposed to 6% from the one I’m leaving. The difference is obviously 2%, but what does that really mean to my future self.

Do I end up with hundreds of thousands more in my fund when I’m 60 or 65? Can I retire much earlier?

Or is the difference quite small and it won’t move the dial much on my finances when I am older.

These were questions that someone I encountered recently wanted to figure out, because the difference from what her current employer was contributing versus what another company was offering, seemed substantially more i.e. an extra 8%.

The base salary on offer was largely the same, but she had this nagging feeling that 8% was significant, and she wasn’t wrong. Because when I crunched the numbers, and put them alongside her existing employers’ contributions, this is what I found:

Age Fund is Accumulated in the Future Difference

The difference in each instance was big, but at least she now knew what that 8% meant, and she could factor them into her decision-making process, or use them as leverage to have a discussion with her existing employer and feed back to them, that unless they were able to match or at the very least narrow the difference, it’s likely they would be losing her.

Quitting for money is the quickest way to get a better salary and the motivation for that extra salary could have nothing to do with the company or meaningful work or it’s values or employer pension contributions, but simply down to needing the extra money to buy a house.

And that’s where money plays a different role across generations. Those who are already homeowners may care more about their long-term finances than those who are just starting out. When you’re younger, you may have a short-term focus where buying a property or building up savings now, is more important than planning for retirement which could be 40 years away.

Studies have actually shown that Millennials (24-40) are motivated by more money now and want to maximise their earning capacity, than the Gen X (41-56) generation who prioritise their future wellbeing above anything else.

So, it’s not surprising that if a 30-year-old was offered a higher base salary of say €15,000 but their employer pension contributions dropped by 5%, they may not lose as much sleep about the pension reduction as a 50-year-old might, because that extra €15,000 means they can borrow an extra €52,000 which might fast track the home buying process for them.

Regardless of what age you are, there’s always going to be that tussle between your present and future self, with your present self invariably winning.

It’s a tricky one and I guess it’s trying to find that balance between both, and you can really only achieve that when the numbers in each instance are in front of you.

Extra money is tempting, of course it is, but it’s not always the answer so taking time out to think this through is important and carrying out an exercise like the one I’m about to tell you, I think is helpful.

If you are ever in a position where you’re weighing up the financial factors of moving employers or staying, I would recommend you do the following.

Does it accelerate your mortgage by five years, does it clear debt, put a child though college, ease monthly cash-flow, a two-income household can become one, allows you buy a house quicker.

The reason why I’m suggesting you list the reasons what this extra amount could do for you, is because if the reasons are big enough and the money used is impactful enough, then it makes making the decision that bit easier.

On the opposite page, list the financial reasons not to leave.

And one of them might be pension contributions i.e. your existing employers are higher, or they have a great share purchase scheme or a % of your income continues to be paid if you were unable to work because of an accident or illness. And when you look at the difference under these headings, they could be strong reasons why you shouldn’t leave.

The purpose of carrying out this exercise is to detach yourself if you can, from the emotional roller-coaster you’ll go through of moving, staying, moving, staying, and to methodically think the numbers through. And crunching the numbers is only one piece of the jigsaw when deciding whether to leave and join a new company. It’s a pretty important one though and big piece of the puzzle which is why you want to make the right decision, for the right reasons.

Liam Croke is MD of Harmonics Financial Ltd, based in Plassey. He can be contacted at liam@harmonics.ie or harmonics.ie.