Out in the Open: How a bitter bachelor finally met his match 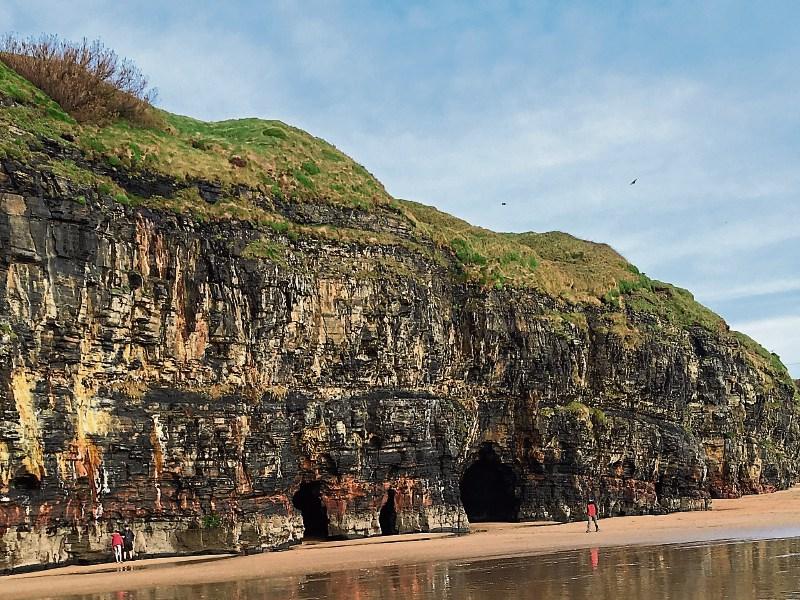 PICTURE THIS: Mary Hannon took this snap in Ballybunion

LAST week we dealt with Dan Paddy Andy O’Sullivan’s first match as a professional. Let us now look at the aftermath of that match.

Dan had often been involved in the making of matches before that, to pass away the time as indeed had most people in the Stack Mountains. The important thing about the Castleisland pairing however was that the initiative was taken by Dan and Dan alone and most important of all he reached a fee for his services for the first time ever. There after he resolved to become a full time matchmaker.

Word quickly spread that he had taken up this highly sensitive line of business. Some, the expected few, shook their head as if to suggest that Dan would try anything to make money. The majority, however, were quick to agree that no man living in the Stack Mountains was better qualified for the job.

Dan was a much travelled man. He was a known tracer and could pinpoint relations to the fourth and fifth degree, an essential accomplishment if he was to know the coupled backgrounds of the men and women who would be facing for his abode in the years ahead. Generally speaking judgement would be suspended to see how the liaison between the Cordal woman and the fishmonger Hourigan would work out. It would be a good test of Dan’s sense of compatibility.

Hourigan was a quiet, hardworking fellow, well liked, a decent man in a pub and a good worker, but how would he work out in sole charge of a woman? Would he blackguard her when they early bloom of their relationship had faded ? Would he, a confirmed bachelor, conform to home life and keep regular hours ?

Then what about the Cordal woman ? Long in the tooth, wasn’t she, and capable of talking the hind leg off a pot. Would she be able to cope with a character as rough and ready as Hourigan? There was much speculation as to how the marriage would be faring, say after the first year.

Women from the Cordal side reported after this space of time that Mrs Hourigan was as happy a woman could wish to be and while Hourigan was without polish or posh manners he was always kind to his wife and from all reports and appearances a great and last contentment seemed to be building between the two.

So Dan’s name was made. After the success of the Hourigan tie up men and women would come from every corner of Kerry to seek his aid.

Later they would come from as far afield as Cork and Limerick and occasionally on fine Sundays during the summer, there would be the odd visitor from Clare, Galway or Tipperary.

Dan’s most difficult assignment was to find a woman for a neighbour of his grandfather’s from the Cork side. The man in question was of a most poisonous disposition. He was wanted in no company and his chief pastime was talking to himself.

This might not have been too bad if the talk was of a pleasant nature. It was anything but because the unfortunate man was always giving out about one thing or another. If the day was fine it was too hot and if the price of cattle was good he would speak of a time when it was not good.

For years the fellow tried to find a wife and in the end he had come to such a pass that he’d marry a tailor’s dummy in order to have someone to be looking at. In despair his neighbours came to Dan Paddy Andy. they came in a hackney car, four respectable farmers and they landed outside Dan’s door just as he was returning from the last Mass in Castleisland. They introduced themselves and acquainted themselves with their problem.

“Face around now let ye,” said Dan “ and turn the bonnet of yere vehicle in the direction of Castleisland. This could turn out to be a thirsty job and we’d want to be where there is medicine for dry throats.”

The Corkmen got the message and in no time at all there were on their way to the headquarters of the Moonlighters which was the name Dan Paddy Andy used when referring to the town in question. As bona fide travellers they had no problem in finding a public house to accommodate them and in no time at all they were satin in front of a blazing fire drinking hot whiskey while Dan listened to the full circumstances surrounding the case.

He allowed all four and the hackney driver to have their spake and during all that time not as much as a single word was heard from the attentive Dan Paddy Andy. He was a faithful subscriber to the views of Polonius, give every man thine ear, but few the tongue.

Finally when several whiskies had been consumed and all the tlak exhausted Dan gave a short resume of the combined revelations which had been disclosed to him.

“We, have before us,” said Dan, “a man given to bitter talk with no let-up from one end of the day to the other. On top of that he’s badly shaped, bald headed, broken winded, bady-legged and well advanced in years. He’s as hairy as a badger, swarthy as turf mould and poisonous as a wasp.”

“On the credit side there is very little,” Dan continued, “very little saving the fact that he has his own farm, his own house and from what I gather he is not short of a shilling.”

Having said this Dan Paddy looked into his whiskey glass which was empty. One of the Cork men rushed to the bar counter to remedy this while Dan sat scratching his jaw pondering the ins and outs of the case.

“We realise,” said the hackney driver, “that we might be expecting too much in asking you to find a woman for this sorry specimen of manhood.”

“Patience,” said Dan, “and hear me out. For every man in the world there is a suitable woman only to find her. As luck would have it I am acquainted with a specimen who might fit the bill.”

“But who in God’s name would listen to him talking all day?” asked the hackney man.

“Who” said Dan, “But someone that won’t be listening.”

He then went on to explain that there was a woman living with her brother Glounamucmae by the name of Kitty the Whistler. She was so called because she was never done with whistling to herself and a man would want to be very near her to catch the notes. In and out of bed she would whistle to her hearts content.

She never listened when the brother started to criticise. He was a cranky sort of man, and he was extremely hard to please.

When he started to give out to the sister she would whistle away quiet happily nodding her head in agreement with him all the time and now and then between whistles saying; “Thats right, God knows,” or “tis true for you to be sure.”

In time the brothers bitterness was withered away by this constant molification and although he started most days in a cantankerous fashion he ended them in a tractable enough way.

No matter what was said to her these were her answers. She had become inured over the years to her brother’s perverse ways and had developed her own defences.

“She sounds like as if she might do,” said the eldest of the four farmers, “but would she consent.”

“Would she what,” said Dan. “Wouldn’t she climb Mangerton to get away from the brother.. Isn’t it the highest thought in every woman’s head to be the mistress of her own hearth.”

The marriage eventually took place and Dan was paid a modest fee. All waited anxiously after the knot was tied to see what way things would work out. Our man continued as always with his cronawning and caterwauling but all he received in replay was the contended whistling of the Glounamucmae woman and she saying every so often; “That’s right, God Knows,” or “tis true for you, to be sure.”

On top of that she would nod her head in agreement at all times. As the years passed the cronawing stopped altogether and so did the whistling.

As things turned out the pair were very well matched and Dan Paddy Andy’s reputation as a matchmaker became a sort of a last resort for hopeless cases as wall as fro any other persons be they rich or poor, tall or small, ugly or handsome, fat or thin.

This article by the late and great John B Keane first appeared in the Limerick Leader on February 5, 1977.