Out in the Open: Dan Paddy Andy: the greatest matchmaker of all time 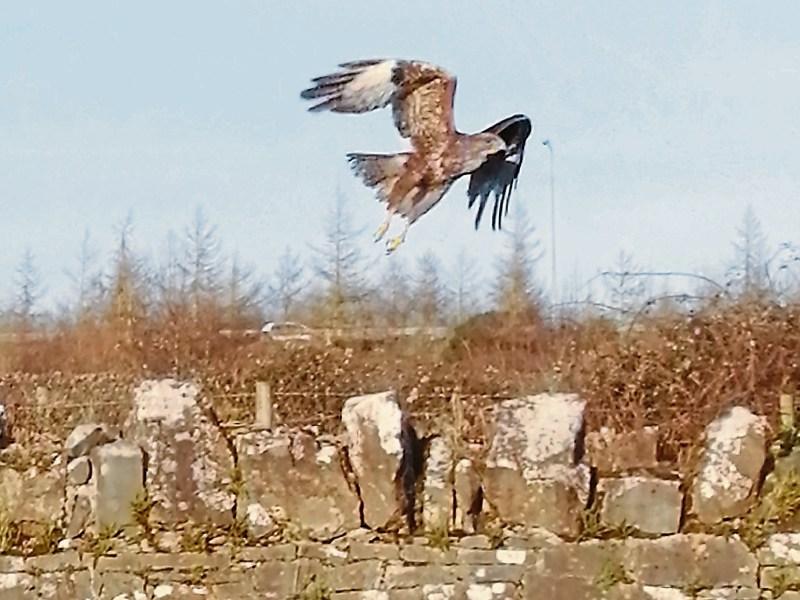 I have received more letters in recent times, regarding the career of Dan Paddy Andy O’Sullivan, the Stack's Mountains matchmaker, than all the other characters who have appeared in these columns.

There are some who believe he never existed, while others want to acquaint themselves with every detail of his inimitable career.

Dan Paddy Andy was a medium sized man with broad shoulders of sallow complexion, a lilt to his voice that would charm the down of a goose and a courtliness in the presence of women which exceeded that of all other males in the Barony of Iraghticonnor.

He was known from Portmagee to Tarbert and from Carrigkerry to the Cove of Cork. Outside this area he was no longer a household work, but here and there, there would be people who would have heard of him and whenever a man said he was a native of the Stack’s Mountains, or more particularly Lyrecrompane, he was bound to be asked sooner or later, if he knew Dan Paddy Andy O’Sullivan, the matchmaker.

This brought pride and joy to most of the natives of the Stacks, while others, a minority, regarding him in poor light.

I doubt if he was ever recorded the proper honour due to him. The nearer on came to his birthplace in his heyday, the less likely one would be to hear his praises sung, but this as only as it should be, for a prophet is never recognised in his own land.

Still and for all he was probably one of the best loved son of the Stacks, even in his own lifetime, and that is saying something as the Yank said. Almost every television station in the world sent their cameras to his door and there are memorable portraits recorded by the BBC, ITV, NBC and RTE to mention but a few. The last time he participated in a television programme was on the RTE series Location, where he was an unqualified success.

He was forced to turn down subsequent offers because of ill-health. To the day of his death, however, he was engaged in the delicate art of matchmaking. When he was asked, he could never fully explain why he chose such an odd vocation. His farm was small but self supporting and his famous dancehall brought in modest revenues in a time when no one in rural Ireland had one halfpenny to put on top another.

His family were all successful and I doubt if I would ever have written a line about him but for a meeting with his son, Jimmy, while he was on holidays from the United States.

“Twould be a great shame” Jimmy confided to me over a drink, “if his doings and sayings should go by the board.”

It was this statement that bred my deep interest in the life and times of the greatest matchmaker who ever lived. I was lucky to know him personally and many’s the time I brushed out the dance hall with him on Monday mornings after the night before. I was reared in the house of John and Julie Shaun Sheehy next to the famous Ivy Bridge of Renagown. Dan’s was the next house but one and we got on like a cow and a cock of hay from our first meeting

Mr earliest impression of him is etched indelibly in the memory. We were all seated at the supper table in Julie Shaun’s one fine evening in the early summer time.

The year might have been 1919 and then again it might have been 1940. God be with the times. We were eating yellow meal pointers and boiled eggs as I recall when Dan’s considerable shadow cast itself across the doorway.

“I can see,” said Dan as he surveyed us one and all, “that there is no lochtar in this litter.” He refused the offer of supper.

“I only stopped for a second,” said he “to take the weight off my feet. He was handed a chair which he placed near they doorway. He said where he could avail himself of the failing daylight. He leaned forward to the sugawn, his mighty hands resting on the knob of his ashplant, his hat down over his forehead, his hobnailed boots planted well apart as his spectacled eyes feebly sought the outlines of the hills beyond the doorway.

“How goes the matchmaking, Dan?,” Martin sheehy, the man of the house, asked.

“Mixed, the same way as always,” said Dan, and we all laughed.

As the light failed his outline darkened in the doorway. For a moment he took off his hat to scratch his poll and in so doing he threw back his grey head and gave forth with a long and loud yawn which reminded men of an old and tired lion readying himself to settle down for the night. His voice was rich, sonorous and engaging and he spoke as if he knew the exact value of every word.

In the neighbouring towns of Castleisland, Listowel and Tralee his accent might be described as tuathallach, but those who ascribed this description to it were unwittingly paying him a compliment.

As we scooped our eggs and wolfed back the pointers Dan settled himself in his chair and proceeded to tell us about the first match he ever made. The historic event took place in the town of Castleisland in 1926 during the morning of the last turkey market before Christmas.

Dan had left his home early that morning in the company of his wife. His transport was pony and rail. His cargo consisted of 11 turkeys, four prime cocks and seven plump hens. Castleisland has one of the widest main streets in Ireland and it was here the turkey market took place.

The Lyrecompane turkeys had a good reputation. Dan’s wife, in particular, had a good name for rearing the best. The hens were always serviced by the best cocks available and if this necessitated a long journey then a long journey was made and the cost of the service was never reckoned. Dan of course had no time for turkeys. He had a preference for roast or boiled goose and no blame to him for the soup of the latter would bring a body from the verge of the grave.

In no time at all the turkeys were sold and with the proceeds from the sale Dan’s wife took herself off to buy the Christmas. Meanwhile, Dan was left with two hens. These had been purchased by a spinster from the nearby vale of Cordal, famous for football and moonlighters.

“Ye brave boys of Cordal, ye made a right stand.

Ye worked night and day to keep Walsh in his land.”

One of the conditions of the sale was that he would pluck the hens for the Cordal woman for, as she explained to Dan, he couldn’t pluck a wren. As Dan neared the end of the plucking she arrived on the scene. She was a small wiry lady, according to Dan, with a gait like a water hen and a tongue that lent itself to non-stop chatter.

Yet she was a decent sort of damsel. She never questioned the price of the birds having satisfied herself that the quality was there. She lived with two sisters in a two storied thatched farmhouse. None of the three were what you might call fledglings but they were honest, God-fearing and no strangers to hard work.

When Dan handed over the birds they were as bare as babies’ bottoms. The Cordal woman gave him a shilling tip; no mean sum in those days.

“Tis a wonder, Miss,” said Dan, “you wouln’t get a man of your own to pluck those turkeys for you ?”

“Yerra,” said she, “where would I get a man that goes nowhere except up to Mass and market ?”

“Go along with you,” said the Cordal woman, “who would be bothered with the likes of me.?”

“Leave it to me,” said Dan, “and keep your mind to yourself.”

All the time Dan had been searching his mind for a suitable partner.

“Do you know Hourigan, the travelling fishmonger ?” Dan asked her.

“He’s well known to me, “ said the Cordal woman.

“What do you make of him?” Dan asked.

“I have no fault to find with him,” she said.

“Go about your business now,” Dan instructed her, “and please God you won’t be taking a hot water jar to bed with you next Christmas.”

Dan sent out word through the market that he wanted to see Hourigan. Timepassed and in the heel of the evening, Hourigan landed, leading a pony and cart on which several boxes of fresh herrings were displayed.

“How many do you want?” Hourigan asked.

“They’re are supposed to be great for the brains,” said Hourigan.

“I’m sure there’s no fishmonger would gainsay you on that score,” answered Dan, “and anyway I have brains enough for the job I’m at now.”

With that he tethered his pony to Hourigan’s and invited him for a drink. In the pub he held forth about the happiness of marriage and the suitability of the Cordal woman. Hourigan was a lonely fellow of middle age without chick or child, who realised that time was running out on him..

Between the jigs and the reels the wedding took place before the following Shrove. The pair were happy and content and Dan was paid a five pound note for his trouble.

This article by the late great John B. Keane first appeared in the Limerick Leader in January 29, 1977.