Out in the Open: Fat lady betrays cure-all Dr Curio 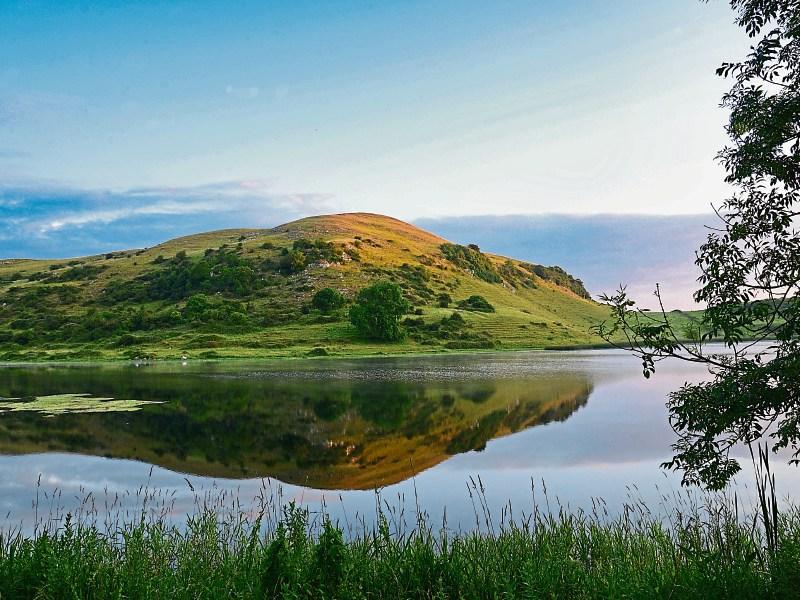 Readers will recall how, some time ago, we wrote about the uncanny medical achievements of the great Doctor Curio, a black gentleman who hailed originally from Nigeria and who claimed to be a graduate of the University of Walla Walla, which remote metropolis cannot be found in even the most comprehensive maps of Dark Continent.

Be that as it may, the much-travelled doctor would arrive annually in the town of Listowel for the week of horse races during the halcyon days prior to the mayhem of the second world war. There in the town’s ancient market place he would ply his vernerable trade and endeavour to dispose of stocks of his universally famous black bottles of cure-all which could be used internally as well as externally and cost a modest two shillings for the large size one and threepence for the small.

We promised in our early treatise that we would tell about his fall from grace at the hands of the fattest woman in the world, a lady with whom he was more than cordially acquainted. During periods of opulence she was a lady who was known to be somewhat garrulous in her cups but what was Doctor Curio to do when black men were looked upon with great fear and suspicion in the market towns of Ireland.

There is an ancient proverb which argues in favour of any old port in a storm. Our black friend, therefore, had no choice if he wished to avail himself of female company.

In those days country people placed great reliance in doctors’ bottles, so much in fact that I remember to have heard it said of certain bottles that they would bring a person from the brink of the grave. There were bottles for every ailment but the great majority belonged to two classes, black and white.

White bottles were used almost always for stomach disorders while black bottles were used for the throat, chest and lungs. There were also in-between bottles coloured pink, off-white, dandelion, yellow and vermillion red but little store was set by these in those days, I am happy to say, country people were not so easily taken in or blinded by uncommon colours.

They had great reliance on the basics and who knows but that they weren’t a lot wiser than we are today.

Then there were bottles of lotion and liniment nearly always smelling of turpentine, carbolic or wintergreen. Under no circumstances were these to be taken internally for if consumed in quantity a lingering and painful death was always assured.

Many is the time I was dispatched by my maternal grandmother to an ancient chemist for Doctor Jack’s bottle which was the name given to a cough bottle invented and dispensed by the chemist in question whose Christian name happened to be Jack. She had no faith whatsoever in any other sort of concoction.

In those days too anybody wearing a white coat and working in a chemist’s shop from the lowliest apprentice to the apothecary himself, was referred to as a doctor. While I was serving my time to the apothecary’s trade I would often be unexpectedly addressed as doctor by innocent people who didn’t know any better.

“Doctor,” they would say “is there any chance you’d have something to bring down a swelling caused by tight garters?” Or they might say: “excuse me doctor but would you know of anything that would bring ease to a burning at the base of the bosom?” As I say, they were innocent people who didn’t know any better.

The reason for all the preamble is to show how easy it was for Doctor Curio, in spite of his questionable credentials to dispose of his famous black bottles to otherwise canny country folk. There were some who swore by the bottle and there were several miraculous cures. These were brought about when bottles prescribed by the local doctors and dispensed by local chemists failed to bring about any improvement in the condition of the patient. Then and only then did the victims resort to Doctor Curio’s bottle. It was the last refuge of the incurably sick and who would deny these unfortunate the right to enlist the aid of every last resort.

There was the case of the barren woman who became pregnant after drinking two teaspoonfuls of Doctor Curio’s mixture. Some said she would have become pregnant anyway and that all credit for her condition should go to the unrelenting and constant efforts of her ever-hopeful husband.

There was the mysterious case of the gorsoon, an only child, who wouldn’t or couldn’t keep down his food and who could only eat commodities like jelly and custard and occasional pieces of apple pie. The black doctor, as was his wont, first cleared everybody out of the house before diagnosing the gorsoon’s illness. When this was done he ordered the gorsoon to bend over and touch his toes. Doctor Curio then kicked him in the posterior with considerable force and warned him that he would return to haunt him every night of his life unless he consumed his meals regularly.

The treatment worked and that boy is now the pastor of one of the more exclusive parishes of Los Angeles.

There were other mysterious cures such as the inexplicable disappearance of warts, gumboils, itches, rashes, blackheads, dandruff and malevolent internal disorders far too numerous to mention.

There was the case of the man who couldn’t smile. Doctor Curio came up with the novel diagnosis that the reason was due to the fact that the skin on his face was too tight. There wasn’t even room for a decent wrinkle. Doctor Curio sent the man to a famous Harley Street specialist with a letter of introduction. The letter contained the solution of the man’s problem. The solution was that a piece of good quality skin be grafted from his posterior to his face. When this man returned from England, he was never without a smile.

When Doctor Curio was at the height of his fame misfortune struck and he was unmasked for the charlatan that he was. He was, alas, a man who was painfully addicted to strong drink and it was an indiscretion during a sustained drinking bout which led to his downfall.

After an exceptionally successful day during which he disposed of all his bottles, large and small, he repaired to the nearest public house with the fattest lady in the world who conducted a booth near Doctor Curio’s stand.

They drank until the publican threw them out whereupon the fattest lady challenged the medicine man to produce a bottle of his Cure-All to determine whether or not it would make her thin.

Never a man to turn down a challenge, Doctor Curio accepted only to discover that he was without a single bottle of his celebrated panacea. There and then he set about making a bucket of same. So absorbed did he become with the mixture that he overlooked the presence of the fattest woman in the world.

From his caravan in the marketplace he withdrew a large suitcase. From this he extracted a large bottle of turpentine which he poured into the bucket. He then journeyed to the nearby river where he filled the remainder of the bucket with water. He returned to his caravan unaware of the watchful eyes of the fat woman.

Now for the most secret part of the ritual. From his waistcoat pocket he took a small tin of black boot polish and with the aid of a penknife scooped out its contents into the bucket. The formula completed he stirred the mixture with his right hand. Then with the aid of a funnel he filled an eight ounce bottle which was already labelled.

Later when he offered the bottle to the fat woman she refused to drink it. Instead she woke up the other inmates of the marketplace and publicly disclosed the ingredients of Doctor Curio’s Cure-All.

As they say in country places, eaten bread is soon forgotten. Word quickly spread that Curio was a chancer. He fled the country lest he be arrested for poisoning.

The odd thing was that nobody ever died from poisoning after consumption of Cure-All.

Nobody was ever even sick but there were hundreds who swore that Cure-All had brought them ease from a variety of illnesses and there are still old men in out-of-the-way places who lift their hats reverently whenever the name of Doctor Curio is mentioned.