Out in The Open: Solved: The mystery of the Papal spy in the backway 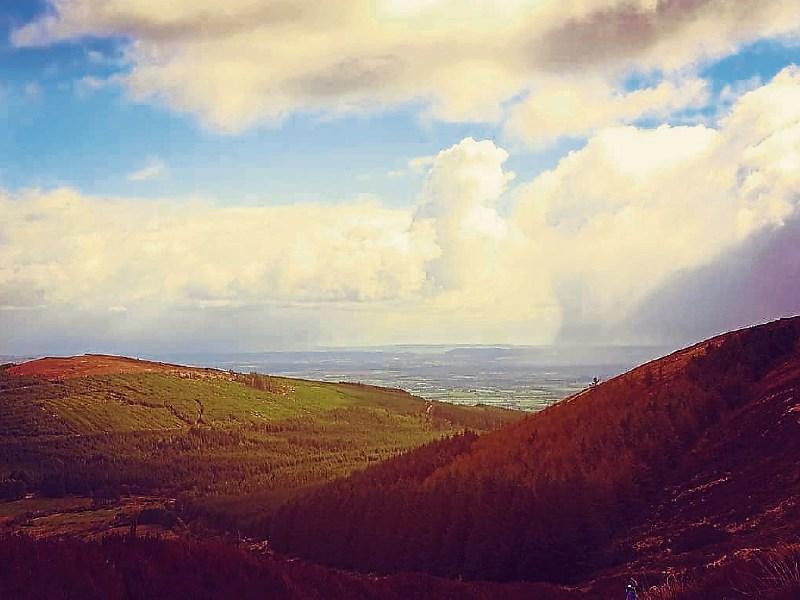 Last week in one of Listowel’s better known Backways I stood talking to a friend who regaled me with an account of an ingrown toenail which would shortly tale him to hospital for an operation.

I listened without any great degree of concentration and indeed he seemed to sense this for in the middle of his narrative he excused himself and walked away. It was then I noticed a man watching me.

He was accompanied by a woman who clutched a handbag to her midriff and whose dentures intended to fall down about her lower lip thereby revealing a surprising expense of pink gum.

She wore a hat and she held a child of the female gender by the hand. The man wore a black overcoat and a white shirt open at the neck.

As I passed by I tendered the entire party a very civil good morrow. In return the man who struck me as a highly unsuccessful small farmer, did not acknowledge my salute.

Instead he stopped dead and looked me straight between the eyes. Then he uttered one word. The word was tumberawrd.”

I was taken completely by surprise because the word was a complete stranger to me. It was neither Irish nor English nor to the best of knowledge was it Latin, Greek, French or Swahili.

The man stood there waiting while the woman transferred her handbag to a safer area, under her oxter and instructed the child to blow its nose into an off-white handkerchief which had come out of her pocket.

“Tumberawrd,” I repeated in the hope that some additional words might be forthcoming. None were. The man just stood there with eyes that were filled with hope.

The man and woman nodded enthusiastically. In vain I searched my memory. I broke the word up into separate syllables and rejoined them but I was no nearer a solution.

I took a closer look at the man. He had dark eyes, a sallow complexion and greasy black hair. He looked like an Italian?, I asked myself. What would an Italian and his wife and his child be doing in a Listowel backway?

Then a thought struck me. Some months before, while having a drink after a football match in one of Moyvane’s livelier hostelries, I was informed by Bettie Stackpoole that he suspected the presence of a Papal spy in the area.

At the time I tended to disbelieve Batty on the grounds there were no heresies district but now I wasn’t so sure.

Could this man be the Papal spy in question?

At the time I had a few drinks inside me, after a surprise meeting with an old friend, and was somewhat susceptible to the ludicrous.

Still the man was there and he had the appearance of a scattermouch. I decided to take no chances.

“Viva il Papa,” I said. The man shook his head.

“No” he countered, “tis the tumberawrd.”

This at least was a clue.

The thing was an object of some kind, preceded by the definite article the word was definitely not a salutation or message.

The man, therefore, not a Papal spy.

“The tumberawrd,” I repeated after him.

He nodded happily. So did his wife and child. At least his question was to be answered.

However, the expectation died quickly on his face and he was about to move away. Suddenly a thought struck me. Could it be the title of a play and could this man possibly have highlighted me as a playwright of sorts and could he be seeking a copy of the play for the dreading of production purposes?

It was a good title, “The Tumberawrd.”

“There is no acts in it that I know of,” the man said.

“Then it’s a book,” I suggested. He shook his head. At this stage the wife intervened.

For the life of me I could not make head nor tail of the thing. The man’s wife was speaking again.

Here at last was a tangible clue. It was about Jack McKenna’s Tumberawrd. At once every thing became clear.

I smiled. The man smiled. His wife and child smiled. ”You want McKenna’s timber yard,” I said.

I gave him directions and he departed with a look of profound relief on his face.

The moral of the story us that mispronunciation can be disastrously misleading.

Later that night I asked several intelligent people of my acquaintance if they could tell me what a timberawrd was. One, a Civic Guard, told me it was a kind of a tambourine, and another, a teacher, informed me that it was a kind of a harp.

No-one gave me the right answer.

I remember another time to be sitting in the pub with Jack Faulkner when a party of Americans entered. They ordered Gaelic coffees which were immediately set in front of them.

When I quoted the price the leader of the party, a sharp-faced bespectacled elderly man asked a very pertinent question.

“The Americans looked at him uncomprehensively and counted out the required amount on the table. I never saw people who were so reluctant to part with money.

They fidgeted around after finishing their drinks and seemed unwilling to depart.

Then one of the parties, a female with contact lenses and peroxide blonde hair addressed herself to Jack Faulkner.

How do we get to Killarney?” she asked.

“Do you see that road outside the window?, Jack said.

“That won’t carry you there at all,” Jack told her.

He then launched into an account of the roads to be taken if Killarney was to unsuccessfully reached before nightfall.

Now all of us who know Jack Faulkner know what this dialogue is so colourful and all so quaint and indeed so rapid that it is sometimes next to impossible for the uninitiated to follow the trend of his talk.

As he proceeded with his directions he would frequently colour his accounts with tales of his youth in relation to place slike Farranfore, Brennan’s Glen and Three Mile Heights.

The Americans were mystified and looked at each other to see if anyone understood what was being said.

Then the man who didn’t think it was necessary to pay for the Gaelic coffees turned to the peroxide lady.

“I guess,” said he, “it’s some sort of vernacular.

“Not at all,” said Jack, “you wants no binoculars. Them glasses you have on you will do fine.”

Absolutely mystified the party left the premises. I would dearly love to have a recording of their conversation as they drove to Killarney.

I remember too during the Second World War to sitting in a house in the Stack’s Mountains. I had been driving all day with a priest who was ignorant of the uncharted roads of that mountainous terrain.

I was his guide. We had spent all day since noon calling to country people with connections in the clergyman’s parish in the city of New York.

We received a mixed reception. Some disappeared as soon as the car pulled up but those who had stocks of ham or the other cold meats in readiness for the unexpected admitted us and offered us food.

In most cases the priest declined these kindly offers.

Truth to tell, he was a man more given to liquid sustenance than solid.

Our last port of call was a thatched house miles from anywhere. The old man and the old woman received us warmly and bade us to be seated. They offered us tea but his was refused firmly in spite of the utmost pressure.“Have a cup out of your hand,” said the old woman, but it was to no avail. He just wasn’t having any.

The conversation turned towards the war. Hitler came under discussion and we all agreed that he was a thundering villain if ever there was one.

“It wouldn’t surprise me,” said the priest, “if we had a coup d’etat any time now.”“Blasht you,” said the old man, “didn’t we offer you a cup o’ tay three or four times already and you turned it down.”

The article was first published in the Limerick Leader on April 17, 1976.