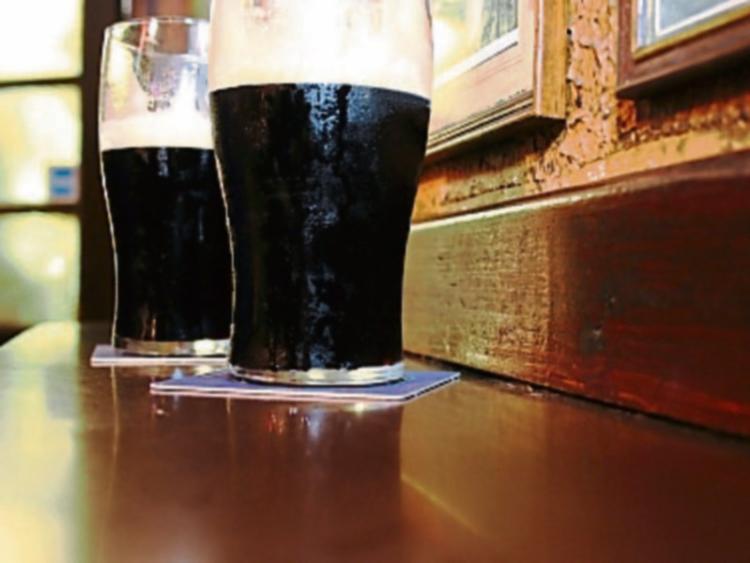 No matter the quality of the excuse, John B's judge was unmoved by after hours drinkers

John B. Keane was on holiday in May/June 1973. His Out in the Open series resumed on his return. Meanwhile, the Limerick Leader reprinted some of his popular essays which were first published a few years previously …

IT IS close on twenty years ago now since I had my first brush with the Law.

It was a Sunday night in mid-winter and a group of us were sitting round a turf fire in the back kitchen of a licensed premises.

A happier and more agreeably disposed bunch of fellows it would be hard to find. We were neither drunk nor sober but in that happy frame of mind and body which is often termed “nicely”.

Earlier that day we had played and won a football match and we felt that we were entitled to some compensation. In every sense of the word, however, we were an illegal gathering and I will tell you why.

It was the law of the time that persons who frequented a licensed premises after hours for the purposes of alcoholic drinking were guilty of a breach of the peace.

Hard cheese to be sure but the law was there and being there it was the duty of the Gardai to uphold it.

Anyway, there we sat happily reminiscing about the finer moments in the game when suddenly there came an imperious knocking at the door.

The publican quickly appeared from the front of the shop.

He cautiously peeped out a side window and announced that there was a Garda outside. All that was now left to him was to see if there was also a Garda at the front door. If there was not, but this was most unlikely, we would effect our escape.

If there was, we were trapped and would have to take the consequences. Sure enough there was a Garda at the front door as well.

The jig was up so the publican decided to call for volunteers.

By this I wish to imply that he did not wish to give it to say to the Gardai that he was overdoing it so it was his best plan to deploy most of his customers throughout the upstairs bedrooms leaving a mere handful downstairs.

They were described as volunteers. We decided that we would be the volunteers on this occasion.

Quietly, as if they had been in training for the event, the other customers moved slowly upstairs. When the downstairs regions were evacuated the publican went to the back door and asked in an innocent tone, “Who’s out?”

“Garda on public house duty,” came the immediate reply. The publican opened the door and apologised to the Garda for having kept him so long.

“That’s alright,” said the Garda knowing that the evacuation had taken place. “Can you account,” he asked me, “for your presence on these premises after regular hours.”

I told him I couldn’t so he produced a notebook and asked me my name which he knew. I told him and he moved on to the other volunteers. When he had finished he asked the publican if there were any other people on the premises.

“Not at all,” said the publican. The Garda then left having refused the offer of a drink made by the publican. Time passed and our summonses came. We engaged a solicitor. He told us not to worry.

The day of the court came and we attended. If we hadn’t attended we would have been fined double the amount.

Our case was duly called. The publican was dealt with first and was fined two pounds.

Our solicitor then rose to speak on our behalf.

“Don’t tell me,” said the Justice, who could be sarcastic at the end of a taxing day, “don’t tell me they were celebrating a football victory.”

“Actually they were,” said the solicitor.

That was that, but what struck me that day was the variety of excuses put forward by the solicitors for other clients who had been found on.

About one client a solicitor had this to say: “The poor man was out all day Justice looking for a heifer.”

A number of men who had been found at a very late hour on another premises were, according to their solicitor, after coming from a funeral.

“The poor fellows were upset as the deceased was a friend of theirs.”

“If you don’t stop you’ll have me in tears,” said the Justice, and then calmly fined each of the defendants a pound.

They were waiting for a lift home was another excuse put forward.

His mother-in-law was sick and he came to town looking for a doctor, was another. It was cold and wet and the publican hadn’t the heart to put them out.

Their glasses were empty was another. This was a trifle foolish because the minute a Garda’s knock was heard a man emptied his glass on the spot.

Even Justices themselves were capable of doing the same thing in similar circumstances.

The late, great John B Keane was a Leader columnist for more than 30 years. This column first appeared in our edition of June 2 1973