A good kicking is justified if faced with non-starter 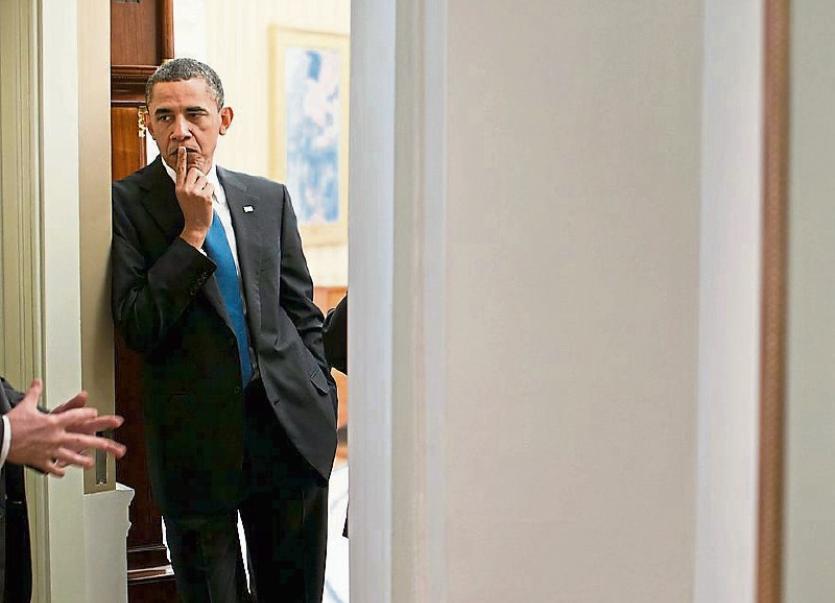 John B. Keane was on holiday in May 1973. His Out in the Open series resumed on his return. Meanwhile, the Limerick Leader reprinted some of his popular essays which were first published a few years previously …

KICKING another human being on the shin, however gently, is hard to justify, but there are occasions when it becomes absolutely necessary to do so.

I will now cite for you one of these justifiable instances.

Imagine you are standing in your own doorway around midnight of a cold, blustery winter’s night and imagine you are bidding farewell to a visitor.

You say goodbye and shake his hand but he holds on to pass some irrelevant remark, so you say goodbye again, the second time more conclusively, and you put your hand to the door as if you are going to close it.

But the visitor still hangs on and while he does so you must hang on too.

You shudder as a particularly nasty gust of wind singles you out for special attention.

Suddenly, you find yourself shouting goodbye once more but the visitor is standing half in and half out of the door with his mouth opening and closing as he continues to talk.

Out of politeness, you nod as if you are listening but there is an urge deep inside you to ram a golf ball into the vacuum under his nose.

When he unexpectedly announces that he must go you breathe a silent prayer but what he really means is that he is only starting to say goodbye.

I would not blame you in the least if you caught him by the throat because the non-starter is one of civilization’s greatest menaces.

It was different when there were no doors. He could stand at the entrance to the cave and you could fall asleep if the notion caught you.

But with the advent of doors the non-starter came into his own.

There is nothing he loves more than a half-open door with its owner standing in it.

All night long during his visit he showed no interest in conversation but as soon as the door was opened he seized his opportunity the way a tinker’s ass noses out a gap into a grassy field.

This is his big moment and he makes the most of it. It may have been years since such a glorious opportunity presented itself because people who know him better will not be seen next or near a door with him.

He is allowed to see himself out.

The night wears on and the night grows colder but it makes no difference to him.

He is truly at home and the biting winds that swirl around the half-open door are meat and drink to him.

Some innocent householders, when trapped by a non-starter, invite him back in for a last cup of tea thinking that he will wear himself out while he’s drinking, and also for the good reason that it is less cold indoors than it is outdoors.

This is a fatal mistake for, while he is drinking the tea and making inane conversation, his mind is on the half-open door and the windy street.

He won’t wait to get back to it. He isn’t sitting down a minute when he rises and says: “I’ll have to be going back to the doorway.”

He longs for that little piece of open space, the way an exiled Texan longs for a last look at the prairies he loved so well.

When he reaches the doorway he politely stands aside to allow the householder to open it for him.

He then says good night and planks himself against the side of the door where he holds forth once more.

There is no way of getting rid of him save by giving him a good shove and banging the door the moment he has vacated it.

But civilized householders don’t like to do this. They prefer to suffer in silence, to brave the cold and wind until dawn creeps mercifully across the sky.

Believe me the professional non-starter will wait till daybreak if the householder is soft enough.

Luckily most householders are saved by the intervention of their wives who call out and ask: “What in the name of God are you doing down there?” or, “Have you any notion of coming to bed?” or, “Will you have a look at the child before you come to bed?”

THESE little interjections can be of great help. One can blame the wife with a heavenwards look of resignation.

This is to give the impression to the hanger-on that one has not hand, act or part in closing the door in the face of the non-starter.

Sometimes the non-starter, if he is seasoned enough, will hang on grimly.

He has to hang on because it may be years before another such opportunity will come his way.

This is why the householder must resort to the shin-kicking tactic. I once did it myself and I hereby warn any non-starter who happens to read this that I will do so again.

Also, I heartily commend it to other likely victims. Short of sending the wife for the guards it is the only sensible solution.

The late, great John B Keane was a Leader columnist for more than 30 years. This column first appeared in our edition of May 26 1973