Appearances can be deceptive, not least in a porter drinking contest 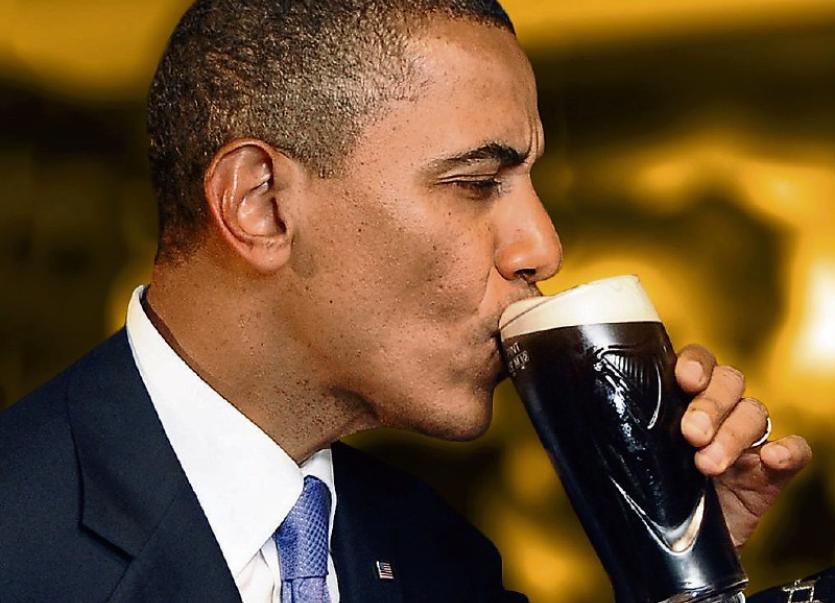 ON TONIGHT, Friday, the fourteenth of July, Glin Carnival will be officially opened by the Knight of Glin.

There is a highly diverting and varied programme of events until the curtain is drawn on 23rd July. Of interest to the gourmet is that free crubeens are available in all the pubs.

There is a pint-drinking competition, for which a number of entrants are being secretly trained.

There is one in particular from Listowel of deceptively skeleton-like appearance with an innocent face so that to look at him one would think porter to be the last thing in his head.

However, put him sitting in a public house and he suddenly becomes ravenous for drink.

I back him confidently to beat all comers, although I have heard of likely candidates from Glin itself and indeed having drank with them on many occasions I can safely say that they could hold their own in any company.

Then there is the pièce de résistance of the entire carnival.

This will be the maiden voyage of “Rothar an tSionna,” a specially designed bicycle on which Bill Culhane of the matchless voice will attempt to cycle across the Shannon.

Trials were concluded last week and according to reliable sources she went like a bomb.

The only other Glin man to cross the Shannon on a bicycle was the late and great Tom Mangan in the year nineteen hundred and six.

Tom, too, was a native of Glin, and when he landed at Carrigaholt the local R.I.C. tried to arrest him.

According to the natives of Carrigaholt, where a feis was being conducted at the time, Tom Mangan dashed for his unique craft and barely escaped arrest.

Shouting “Up the Republic” was a huge crowd which awaited him on the pier.

Good luck and bon voyage to “Rothar an tSionna” on Friday night. When she docks at Gllin Quay after her maiden crossing, I’m sure that a regal reception will be accorded its courageous pilot.

There are many stories about ropes, about hangings and accidental hangings, but I was told during the week’s Listowel horse fair, by Jack Faulkner, that the reason people have stopped hanging themselves is that rope is too dear.

For this reason, I hope it gets dearer.

There was another story told about rope as soon as Jack had finished.

This comes from a Ballylongford man, who had just sold an ass for a record price. Not normally given to telling yarns, the high price he received and the drink he had taken loosened his tongue.

When people were dependent on sugawns and when factory-produced rope was a novelty in the countryside, there lived two brothers and two sister on a small out-of-the-way farm, which supported eight milch cows.

One day when the older brother was in town his reins were stolen and he was obliged to buy a length of factory-made rope.

As soon as he came home the new rope was put aside for special occasions, but then one evening the younger brother had a fight with the sisters over his tobacco money, so he decided to hang himself.

He did the job properly, and it was late that night when his dangling body was discovered by the sisters. They screamed and they moaned.

The other sister rushed indoors still screaming and returned with a large knife. Supported by the first sister she was on the point of cutting the rope when the older brother appeared on the scene with an assload of rushes.

“‘Tis Mick. He’s after hanging himself,” the sisters cried.

“Put away that knife,” he ordered curtly, “and rip the knot. Rope is dear enough without cutting it.”

There’s another story told about a simple-minded man who decided to hang himself after a row with his missus over the amount of space each was entitled to in the bed.

He snatched a rope from behind the door and dashed out into the night.

The wife pulled on some clothes and ran to the house of a neighbour, who rose from his bed and promised to do his best to prevent tragedy.

After a search he eventually found his man hanging from a sycamore limb.

He was alive and kicking because he had tied the rope around his stomach.

“That’s the wrong way to hang yourself,” said the neighbour.

“The right way,” said the neighbour, “is to tie it round your neck.”

“Is it codding me you are?” said the husband, “I tried it that way a few minutes ago and I went within the black of your nail of choking myself.”

To continue about ropes and hanging, a gruesome yet nevertheless gripping study; there was a girl sentenced to die by hanging for stealing sheep in South Kerry many years ago.

She was a very beautiful girl and as the hangman was slipping the noose around her neck he was greatly taken with her looks.

“I’d love to be kissing you,” he said, and squeezed the rope until it was firm around her white and beautiful neck.

“Fair enough,” said the girl, “but you’ll have to keep your trap shut.”

Now for a sensible suggestion to combat wholesale larceny of calves in West Limerick and other areas. It comes from Patrick Ahern of Carrigkerry.

“Every day,” writes Patrick, “we hear reports of calf stealing. Many a small farmer went out to feed his calves in the morning to discover that they had been stolen during the night.

With calves making upwards of £50 apiece, this is an awful loss to a farmer at a time of year when money is scarce.

“The solution to this problem is that every calf born be branded immediately on the hoof with the owner’s herd number.

“By this method every animal could be traced to any part of the world. The branding could be done by A.I. officers.”

The late, great John B Keane was a Leader columnist for more than 30 years. This column first appeared in our edition of July 15 1972