The things you can hear at a pub in Abbeyfeale 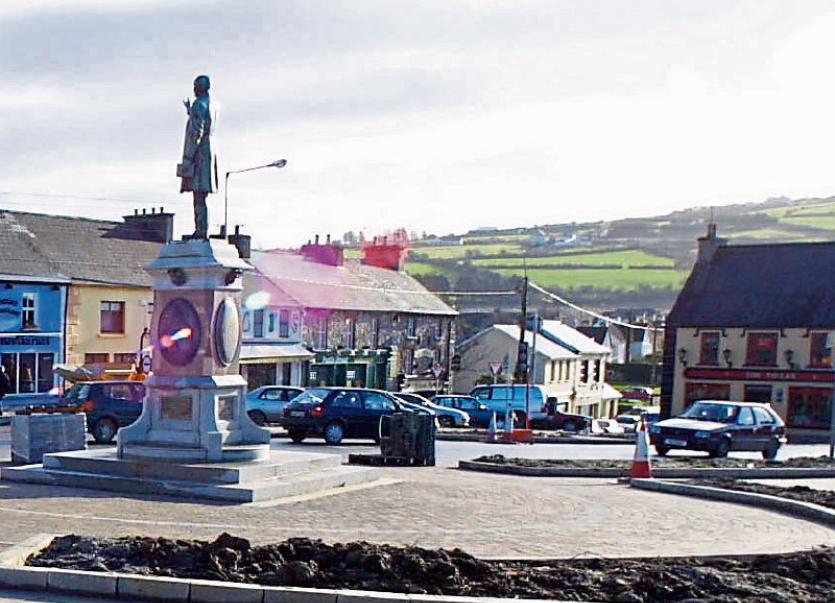 MILKING machines for goats? The suggestion was made to me last year in a pub in Abbeyfeale.

A number of us were discussing the increase in the number of goats in North Kerry and West Limerick. The largest of all known herds is the now world-famous Canavan goat group of Dirha West. The venerable leader of this vast herd is a legendary puck who goes by the name of Rajah.

Rajah has sired many sons and daughters, and despite his great age is siring away as good as ever. When he started as a sire his fee was a mere three shillings. Now ten years later the fee is seven bob.

It is easy to recognise the Rajah breed of goat. There is a dignity in the bearing and a calmness in the disposition.

But, seriously, what about the possibility of milking machines? I put the question to Canavan himself.

Canavan told me that since Ireland is on the brink of entry into the Common Market he gets a dozen enquiries every week requesting information about goat-rearing and goat-farming. He also receives offers to sell pucks, shes and kids and on Sunday last, after twelve o’clock Mass, he was visited by a priest and another man who wore a smeg and had a foreign accent. Canavan thought he might be from Switzerland.

The priest introduced him as Mr Passi Renedelverg and he asked Canavan if he would be good enough to show them the goats.

“Better,” said Canavan, “if I showed ye to the goats. There’s young pucks out on the bog would attack if they thought they were being watched.”

The visitors thought this odd but they went along willingly. Mr Renedelverg evinced great interest in the herbs and the switch grasses which grow abundantly over the magnificent reaches of Dirha Bog. He made a more careful examination of the goats, and seemed to be well used to the animals.

The priest told Canavan that the man was the biggest goat farmer in Europe. When he had finished his inspection he withdrew a plastic bag from his breast pocket and filled it with the various herbs and grasses.

He then shook hands with Canavan and spoke to the priest at length in a language Canavan had not heard before. When he had finished the priest turned to Canavan and translated roughly what Renedelverg had told him.

“He (meaning Canavan) is sitting on a gold mine and I hope he knows it. If Ireland enters the Common Market these goats of his will be worth thousands. If these herbs and grasses are as nutritious as I think they are this could be the biggest break-through the goat business has ever known. If these goats and mine can mate successfully there will will be a new breed of goat which one day will be as big as a cow.”

They shook hands again all round. Then they departed but not before the priest assured Canavan that he would be hearing from Renedelverg.

While I was having a jorum at the now-famous presentation party at the Ambassador Hotel for Jim Nagle of Ballybunion, I was collared by a man from Rahavannig, who made me promise that I would not mention his name.

I promised him that he need have no fears.

“In that case,” he said, “I had better tell you about the Killahenny Ghost.”

“I don’t know,” he said, “except ‘tis the Ballybunion graveyard.”

I turned to a well-known Ballybunion publican who was standing within earshot with a glass in his hand.

Anyway the story of the Killahenny Ghost is as follows. Once upon a time there was a man coming home from the Ballybunion sandhills in his bare feet with a bucket of mushrooms. As everybody knows, the golf links and the graveyard are next door neighbours in Ballybunion.

As he was passing the graveyard a golf ball landed inside the wall a few yards away. Nimbly he leaped the wall and headed in the general direction of the spot where he believed the ball to have fallen. On his way back with the ball he was caught by the leg by some creature or object he could not see.

He screamed for all he was worth and tugged in vain but he was held fast. He only knew three prayers so he started to recite them over and over again. Eventually two golfers were attracted by his screams. They hurried towards him and managed to lift him to his feet. By this time he was in a faint. One of the golfers noticed that his big toe was caught in a rabbit loop. He released the toe and when the mushroom picker showed signs of recovery the golfers sat him down on the grass and went back to their game.

When the mushroom picker recovered he forgot the bucket of mushrooms and ran for his life. He told his story to all who would listen. To the day he died he never entered Killahenny graveyard.

There were others who often searched the graveyard for lost balls who never searched again. They did not want to be caught by whoever it was caught the mushroom picker.

Until recently, Killahenny burial place was never invaded for lost golf balls. If there is a reader who sometimes searches let him be on the look-out for rabbit loops.

I MET Joe Quaid lately and I asked him for a report on the progress on his book, Hook, Line and Sinker.

“It will take another year at least,” Joe said. “I had to go back over the early chapters and rub out the names of all the poachers I knew along the Feale and Smearla and Gale.”

I asked him why.

This does not reduce the value of the book so far. Joe also plans to change the title. It will now be called Quaid’s County.

I ran into your friend and mine, the right honourable Jack Wilberforce Faulkner, just outside Glin. We spoke for awhile about the hardness of the weather but Jack said that since he got his new house he has no fears when the skies turn black and the wind starts to howl.

“I look out the window,” Jack said, “and stick out my tongue at the rain. I wouldn’t like to tell you what I said to the hailstones.” It was Jack’s father, the late and famous Mikey Faulkner who coined the following: “Collected properly the town of Glin is worth £200 a year and 400 saucers of flour.”

It must be all of forty years since this remark was passed. One wonders what the town of Glin is worth at the moment. Before I parted from Jack, he passed one final remark.“‘Tis you has the nice trade this weather,” he said.

The late, great John B Keane was a Leader columnist for more than 30 years. This column first appeared in our edition of January 29, 1972