Card post-mortems can be the spark to ignite fierce conflicts 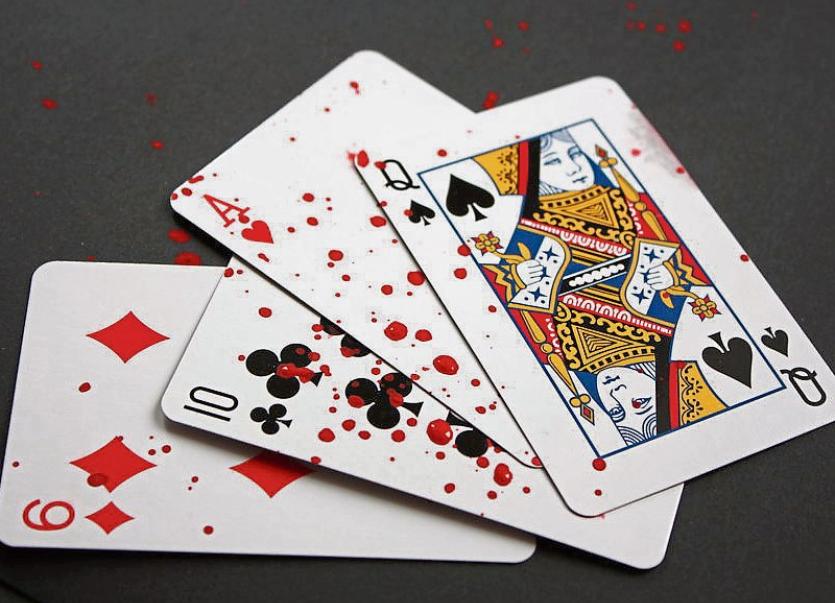 THE game of thirty-one or twenty-five has grown very civilised. Men play it now as if it were just another game like poker or pontoon and there is no post-mortem when a hand is played out.

This is completely true of towns, villages and cities although I am told of country places where there are discussions held after each hand and after each game. West and North West Knockanure are good places.

There are areas of Duagh where the finer points of the winning or losing of each trick are discussed frankly and openly. Leitrim West, Leitrim Middle, Glensharrold, Knocknagorna and Knocknaboul not to mention Barrigone and parts of Tournafulla, are other spots where the methods used in winning a game are held up for debate afterwards.

I always remember to be a gorsoon in a country house not very far away from Listowel many years ago. It was a cold winter’s night and grouped around a large table was a school of veteran forty one players. The time as I recall was mid-January of 1940.

In other parts of the world significant happenings were taking place. The year before Cardinal Eugenio Pacelli was elected Pope. Norway and Denmark were shortly afterwards invaded by Germany. Conscription was introduced in Britain. Albania was invaded by Italy and Czechoslovakia was annexed by Germany.

Abroad it was a harrowing time with the threat of world war hanging over the world like an ugly black cloud.

Yet in a townland near Listowel there were no talk of these things. There were the makings of a smaller war alright and the reason for this was that a disgruntled player who was held up on the last stage of forty one by the fiery ace of hearts had just accused another player of reneging.

Harassed all through the game and stuck early on because he was the sixteen man, he was now stranded by thirty-six when it looked a certainty he would make the final five and so win the substantial pot which glittered on the table.

Accusing a man of reneging was a serious matter especially when the pot was out of the ordinary.

There were six three-penny bits on the table and if you think this was insignificant let me tell you what you could buy for it at the time. You could buy a small packet of Woodbines, a dozen of eggs, sausages, a ring of black pudding, and last but not least, a quarter stone of crubeens: so if you have any smart remarks you can keep them to yourselves.

The man who had been reneging admitted his crime, as he put it himself, in the interest of peace. Would that other European powers had his largeness of heart. However, it is always best to sue for peace when your opponent is twice your size.

The game proceeded merrily enough with the money being divided fairly evenly. Then one remark, like a careless shot by a nervous sentry, started the battle to which I referred before being interrupted.

They had finished the first hand of one of the games. It was not a very exciting game and, therefore, of little interest to the student.

What happened was this. A man who was in possession of the five, knave and ace of hearts of the reigning trump made twenty one out of his cards which was their exact market value.

A shrewder player might have another trick or even jinked it but that is pure speculation and it is always a very easy matter to criticise another man’s play when you have only poor cards yourself.

“You played them cards well,” said another player sarcastically.

Said another, “you bloody eejit, if you played them right you’d have jinked it.”

A third was the hardest of all. “A child would do better,” he said. One can almost visualize Rommel surrounded by clamouring German generals while his armies were in retreat en masse towards Tripoli.

“You made a right hames of that,” one of them might say. He would not say it a second time, not in the heat of battle for he would be confined or even shot.

Our friend, who made only twenty-one out of a possible thirty-one could take it no longer. In his opinion, he could not have played his cards better. He hauled out and struck one of his critics on the nose at the same time saying: “You lost a trick yourself that would be won by an ass.”

Recalling past errors, blow followed blow until the deck of cards was scattered all over the house and every player had a mark of some kind to show for the struggle.

It finished quickly and suddenly the way all major battles do. It was not finished by a decisive wallop or by surrender or, indeed, by a strategic move by any of the participants.

It ended dramatically when the missus of the house appeared on the stairway in her nightdress. Thereafter not a word was spoken and if there are gamblers who were more nicely disposed to each other anywhere in the world I would like to meet them.

The purpose of recalling this famous infantry engagement is to show what changes have taken place in the world since.

These days you wouldn’t give one and six to beggar. Nobody discusses the making of tricks after a hand is played out.

There were, one time, post mortems for an hour or more on how and where a deuce of spades was stuck into a dealer man when that suit was trumps.

These discussions were far more serious than when Churchill and Roosevelt met Chiang Kai-shek in Cairo or Stalin in Tehran.

They spoke only of changing boundaries but the men who debated after a doughty game of thirty-one spoke of matters of principle and honour. Ah well, nothing is what it used to be and, I suppose, we have a lot to be thankful for.

And now, a fascinating letter from Templeglantine.

“Dear John B - On Saint Stephen’s night myself and my girlfriend were in a sweet shop in Abbeyfeale. I bought her three bars of Honey Crisp chocolate.

“A friend of mine comes in after me with his girl and he calls for two ice pops. He hands her one and says suck that. The two of them sucked away.

“They sat into their car, which was parked outside Tom Tobin’s Hall.

“They asked us to sit in as well and while we were eating our chocolate they were sucking on their ice pops. When my friend’s girl came to the last few sucks she lowered the window to throw out the little timber stick to which the pop had been attached.

“Hold it, hold it,” my friend said and he snapped the stick from her.

“My mam told me keep them,” he said. “She is robbed left, right and centre from buying fire lighters.”

I met Jack Faulkner at the Listowel horse fair. We spoke about decent men.

“A decent man,” said a customer in the bar, “is a nickname for a fool.”

“Do you know your man?” I asked Jack. Jack nodded. We both knew him to be a man so mean that he wouldn’t give you a decent fright if he was a ghost. His father and mother had the same reputation.

The late, great John B Keane was a Leader columnist for more than 30 years. This column first appeared in our edition of January 22, 1972