Donnacha in the first and Aidan in the second, the O'Brien's strong start to Curragh day three 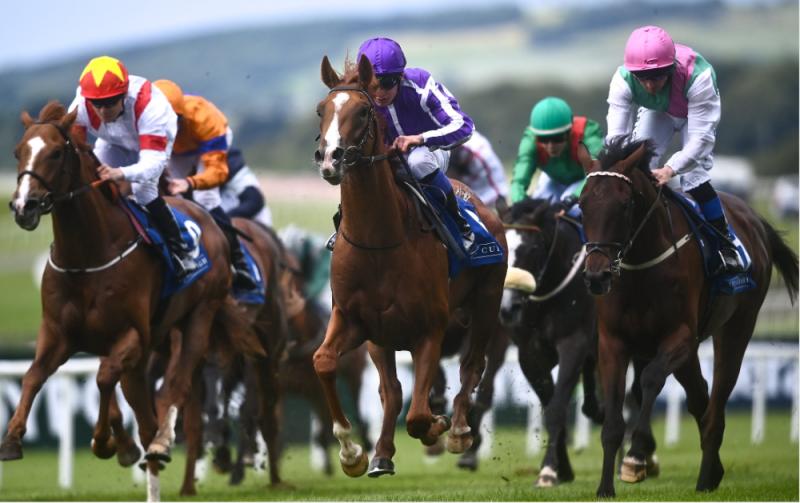 Proud And Regal, with Killian Leonard up, centre, on their way to winning the Barronstown Stud Irish EBF Maiden during day three at The Curragh, Photo by David Fitzgerald/Sportsfile

The last day of action of the Curragh kicked off with Barronstown Stud Irish EBF maiden, The main man of Derby weekend and Champion jockey Colin Keane mounted favourite Glazunov for Ger Lyons in this one. But it was Proud And Regal for Donnacha O’Brien that won well over the seven furlongs with Killian Leonard on board.

It was the turn of the fillies next across six furlongs and the Airlie Stud Stakes. It was the heavy favourite Statutette who made no mistakes to claim this one for another O’Brien win but this time it was Aidan O’Brien. A strong ride and relatively comfortable win for Ryan Moore on board the odds on shot.

The handicappers were the third race of the day and the Sherry FitzGerald Country Homes Handicap. It was Kevin Coleman’s Coumshingau who came in first and finished in price at a tasty 10-1 for any punter.