RACING: Your guide to day four of Royal Ascot 2022 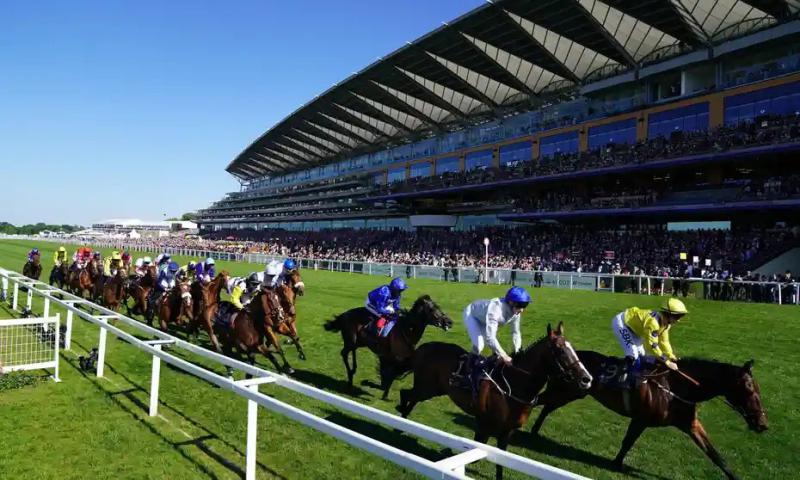 RACING: Your guide to day four of Royal Ascot 2022

The penultimate day of Royal Ascot 2022 takes centre-stage on Friday afternoon with another brilliant seven-race card.

The action again gets underway at 2.30pm and concludes at 6.10pm. The going is Good to Firm and the forecast is for a very sunny day. We have previewed the action with our race by race guide and recommend checking out the latest odds at Betfair

Fully Wet is deeply respected having impressed when powering to glory at Goodwood on her debut. Double O also impressed when scoring at Pontefract earlier this month. Meditate is another fascinating runner having scored at the Curragh on debut, before winning at Naas in Group company in May. Queen Olly however gets the vote. A smooth winner at York last month, she remains open to all sorts of improvement.

El Caballo beat Flaming Rib when landing the Sandy Lane last time out and he has won his last six starts. He therefore commands plenty of respect along with Go Bears Go who won at Ascot on his comeback, before filling fourth to El Caballo at Haydock. Perfect Power is a fascinating runner having won the Norfolk Stakes at the 2021 Royal Meeting. He impressed when landing the Greenham at Newbury on his seasonal reappearance, but he failed to stay in the 2000 Guineas. Back down to a sprinting trip, he is taken to fight out the finish with Twilight Jet who powered to glory in a Group event at Naas in May.

Just Fine is capable of more progression along with Moktasaab who has already tasted success twice this season. However, preference is for Cemhaan. Successful at Salisbury in April, he impressed when powering to victory at Newmarket last month and he remains open to plenty more improvement.

English 1000 Guineas heroine Cachet and French 1000 Guineas scorer Mangoustine clash in this event. However, they may have to fight out the placings with Inspiral back in action. Winner of the Fillies’ Mile on her final start last term, she missed the 1000 Guineas through as setback. However, she remains a hugely exciting prospect and is taken to come out on top here.

Heredia is a fascinating runner having won all three of her starts, which included a head success at York on her return. Crenelle was only third when failing to justify favouritism in Listed company at Newmarket in May, but Zanbaq makes appeal. A smooth winner at Haydock in May, she had previously filled third in a Listed event and looks open to plenty more progress.

Ottoman Fleet was a smart winner in Listed company in May, whilst Lysander shaped with promise when third in the Cocked Hat Stakes at Goodwood. However, preference is for Changingoftheguard. Successful in the Chester Vase in May, he went on to finish a very respectable fifth at Epsom in the Derby and he looks sure to be suited by a return to a more galloping track.

Ruthin is an interesting runner having been a beaten favourite at last year’s Royal Meeting, She returned to action when successful in Listed company at Keeneland in April. Ladies Church was second a Listed event at Cork in May and looks a leading player. However, Korker gets the vote. Successful at York in good style last term, he looks open to more improvement.