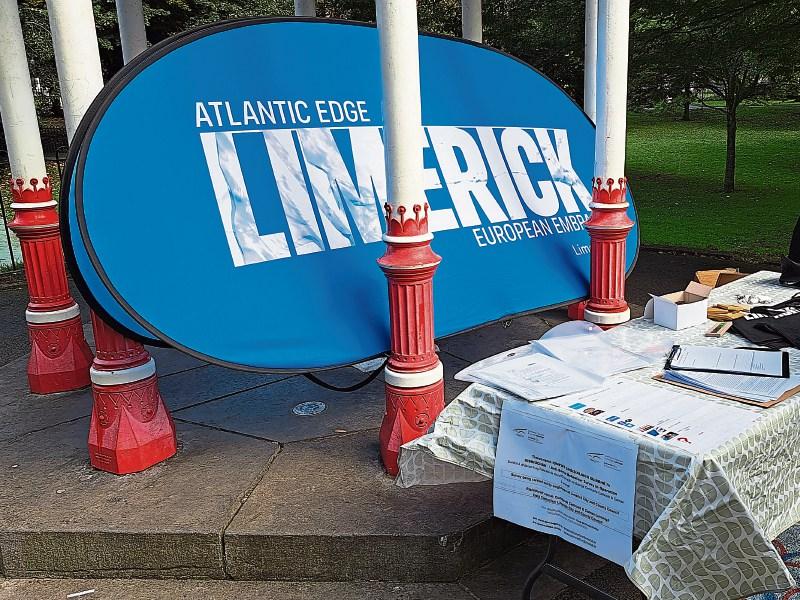 LIMERICK City and County Council has launched a new initiative to get feedback from the public on anti-social behaviour.

The council created a pop-up stall in People’s Park last Thursday to listen to locals’ opinions on a proposed Anti-Social Behaviour Policy.

Administrative Officer at LCCC Sinead Hourigan said the idea came about as the council released a draft Anti-Social Behaviour Policy and received little reaction from the public.

“The point of today is that we want to understand and learn from people how we can engage with the community better.”

Residents and businesses of the Lord Edward Street, Bourke Avenue, Hyde Road and Parnell Street areas came out in force to voice their concerns for their area.

A woman who wishes to remain anonymous was frustrated by anti-social behaviour outside her house on Wolfe Tone Street in the city.

“There’s a lot of drug activity outside my house, it’s unbelievable. There’s three homeless shelters within a few hundred metres from my house and it’s drawing more and more drug dealers to our area and nothing is being done about it.

“These shelters should be spaced out more,” the woman told Limerick Live.

Another woman who wishes to remain anonymous voiced her concerns to the council about the fact that needles used for the purpose of drug taking are being scattered outside her house.

“When I voiced my concerns to the council all that was said back to me was to not touch the needles. How am I not supposed to touch the needles? There’s children on my street. What if one of them picks up these needles unaware? I have to go out with a litter picker to dispose of them.”

Another man presented videos and pictures to the members of the council conducting the survey which featured a fight between teenagers outside Colbert Station on Parnell Street and a man passed out from intoxication down an alley in the morning.

“I took the video I showed, at eight this morning. There was a man falling around langers with children walking past going to school. There’s excrement, needles and all sorts scattered around my house and I’m sick of it,” the man said.