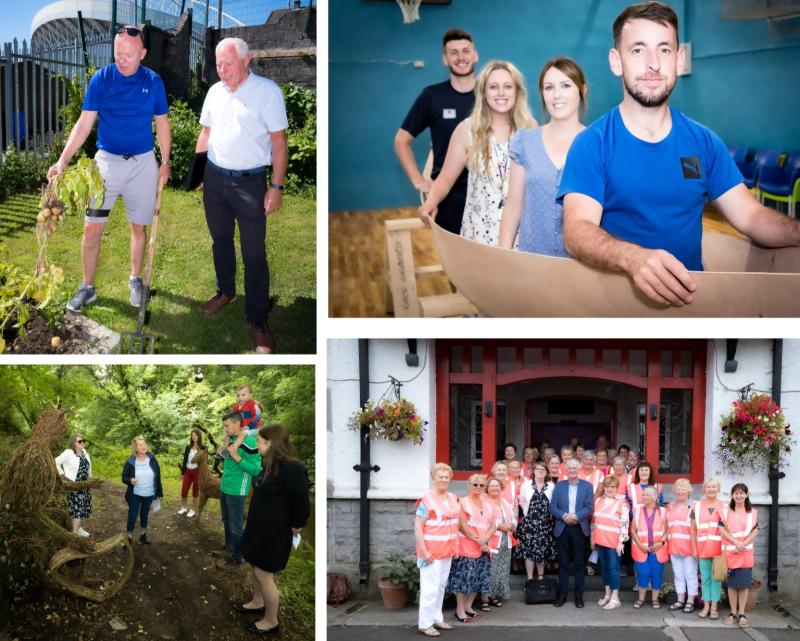 FOUR community-based organisations across Limerick have been chose to represent the city and county in the 2022 Pride of Place compeition.

This year marks the 20th anniversary of the competition which is run on an all-island basis in conjunction with local authorities North and South.

The awards, which are are supported by Irish Public Bodies (IPB) in association with Co-operation Ireland, aims to recognise and celebrate the vital contributions that communities make to society along with generating awareness, respect and inclusion for every facet of society.

In Pictures: Protest in Limerick village as closure of local post office is confirmed

The purpose of the competition is to acknowledge the work being done every day by communities recognising the  endeavours of local people to create civic pride and make their communities great places to live.

For the first time since the Covid-19 pandemic, the judges were able to meet 'in person' with nominated groups who demonstrated the work of the group, their accomplishments and its impact on their community.

Congratulating the four Limerick groups, Mayor of the City and County of Limerick Cllr Francis Foley said: “Each one of them embodies the community spirit and ‘can-do’ attitude synonymous of communities across the city and county in creating civic pride and making their communities great places to live. These four Limerick projects demonstrate how people can come together to shape, change and improve the daily lives of people in their communities. They also demonstrate real partnership with the Council and show that all sections of the community can be included.”

Eileen Humphreys, Urban and Rural Community Development at Limerick City and County Council added: "Pride of Place connects the efforts and actions of communities, their representatives and the local authority to honour the unique partnership and community spirit which is evident throughout Limerick.”

Limerick has an impressive track record in the competition with the The Children’s Grief Centre, Lough Gur Development Co-operative Society, Draw Out, Rathkeale Pre-Social Cohesion Project, Limerick Civic Trust and Kilmeedy among the groups and  projects previously honoured.