Award-winning American travel programme to be filmed in Limerick 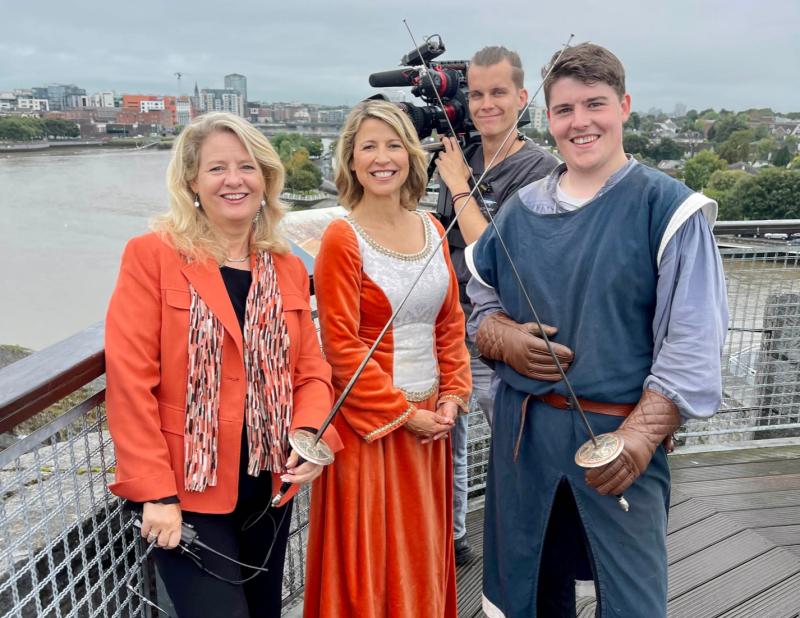 The popular show will showcase Limerick and Clare

The episode, which will be filmed on location in the two counties, will air in the United States on Public Broadcasting Service (PBS) channel.

The popular show has been airing in the USA since 2018 and showcases some of the greatest little-known spots and haunts where innovators are creating a brand new travel experience.

Samantha was invited to film at a number of locations around Limerick and Clare by Tourism Ireland, the organisation responsible for promoting the island of Ireland overseas as a leading holiday destination.

Tourism Ireland’s Head of North America Alison Metcalfe commented: “We were delighted to invite Samantha Brown to come and film an episode of Places to Love in Limerick and Clare.”

“The episode will be seen by millions of people across the United States, shining a spotlight on some of the many things to see and do here,” Ms Metcalfe said.

In 2019, Tourism Ireland welcomed 11.3 million overseas visitors to the island of Ireland, delivering revenue of over €5.9 billion.

Tourism Ireland is rolling out a new twinning initiative in 2022, which involves each overseas tourism market twinning with a specific region or area in Ireland.

“The United States is twinned with Limerick and Clare so Samantha’s visit is a great opportunity to secure excellent positive coverage about these twinned areas,” a statement from Tourism Ireland said.

Ms Metcalfe continued: “We look forward to encouraging American holidaymakers to put Limerick and Clare on their vacation wish-list for 2023.”
ADVERTISEMENT - CONTINUE READING BELOW